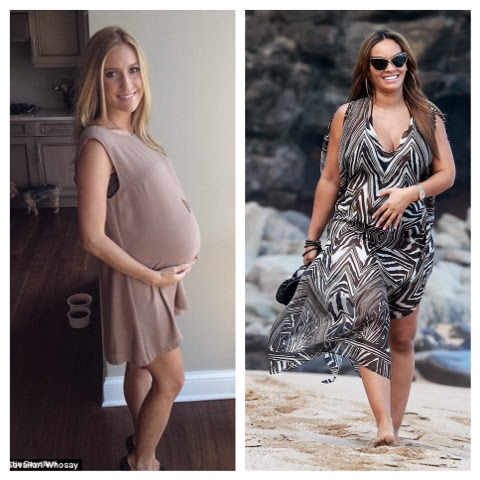 It’s a boy!
Both reality TV stars Kristin Cavallari of MTV The Hills and Evelyn Lozada of VH1‘s Basketball Wives announced on their  respective social media accounts this weekend that they are expecting baby boys!
This will be the second son for Cavallari and her fiancé Jay Cutler, a quarterback with the NFL‘s Chicago Bears. They are parents to 2-year old Camden.
This will be the first boy for Lozada and her fiancé Carl Crawford, a baseball player with Major League Baseball‘s Los Angeles Dodgers. Lozada has a 20-year old daughter Shanice from a previous relationship.

Congrats!
By Jeneba Jalloh Ghatt
SuperBowl Stats by the Numbers (INFOGRAPHIC)
These Seahawks Maternity Shirts are going to be in demand after today