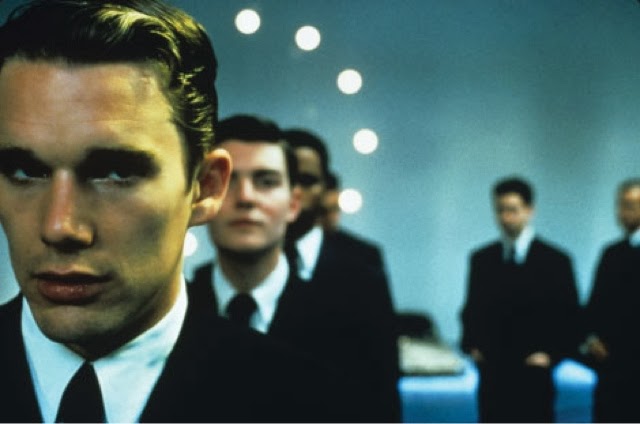 Remember that 1997 sci-fi movie Gattaca about a future where perfectly-designed genetically-superior people are recruited into a world police force?
Well ish just got real… And closer to reality.
From a Washington Post article today:
The provocative notion of genetically modified babies met the very real world of federal regulation Tuesday, as a government advisory committee began debating a new technique that combines DNA from three people to create embryos free of certain inherited diseases.
The two-day meeting of the Food and Drug Administration panel is focused on a procedure that scientists think could help women who carry DNA mutations for conditions such as blindness and epilepsy. The process would let them have children without passing on those defects.
The debate over whether the technique — nicknamed “three-parent IVF” — should be allowed to proceed to human tests underscores how quickly the science of reproductive medicine is evolving. Scientists argue that this technology, like cloning and embryonic stem cell research, has huge potential to help people. But it is also highly sensitive, touching ethical and political nerves.
The technology involves taking defective mitochondria, the cell’s powerhouses, from a mother’s egg and replacing them with healthy mitochondria from another woman. After being fertilized by the father’s sperm in a lab, the egg would be implanted in the mother, and the pregnancy could progress normally.
The procedure was pioneered by Shoukhrat Mitalipov, a researcher at Oregon Health and Science University who focuses on early embryo development and stem cell biology. He has been able to produce five healthy monkeys using this technique and has proposed testing it in humans.
The FDA’s announcement several months ago that it would hold a public hearing on the subject elicited an outcry from scientists, ethicists and religious groups, who say the technology raises grave safety concerns and could open the door to creating “designer” babies, whose eye color, intelligence and other characteristics are selected by parents.
Continue reading
By Jeneba Jalloh Ghatt
Who are we stalking on Instagram tonight?
Drew Barrymore celebrated 39th birthday, New book made New York Times Bestsellers List