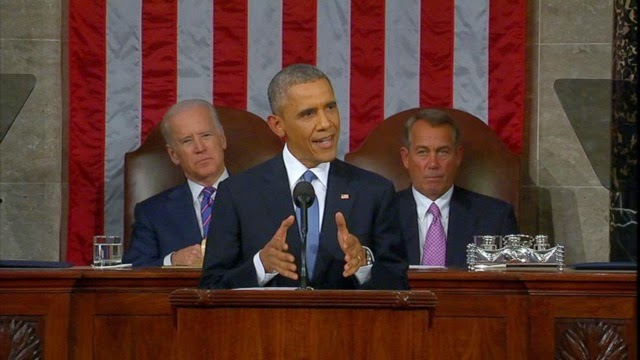 Last night was the State of the Union address and during it President Barck Obama made a couple of bold statements about was right “teen pregnancies and abortions “nearing all-time lows.”
The fact-checking organization and website FactCheck.org was on the case and verified the veracity of these statements:

Obama: We still may not agree on a woman’s right to choose, but surely we can agree it’s a good thing that teen pregnancies and abortions are nearing all-time lows, and that every woman should have access to the health care she needs.

The rate of teen pregnancies in the U.S. has been on the decline for decades, according to the Centers for Disease Control and Prevention’s Division of Vital Statistics. In 2013, there were 274,641 babies born to females aged 15 to 19, a rate of 26.6 births for every 1,000 teen mothers. That was a 10 percent decline from 2012 and “the lowest number of teen births ever reported for the United States.” According to CDC, it was also 57 percent lower than in 1970, the peak year for teen births.
However, despite this progress, teen pregnancies in the U.S. still outpace many other developed countries including Canada and the United Kingdom, according to United Nations statistics.
As for abortions, the Guttmacher Institute reported in July 2014 that the rate of abortions in 2011 was the lowest since 1973. In 2011, “1.06 million abortions were performed, down 13 percent from 1.21 million in 2008.”
H/T http://www.factcheck.org/2015/01/factchecking-obamas-state-of-the-union/
By Jeneba Jalloh Ghatt
parenting adviceparenting tipsstate of the union 2015state of the union on abortion and teen pregnancy
Ali Larter welcomed daughter, Vivienne
Vintage: Peek inside A Celebrity Parent Swag bag