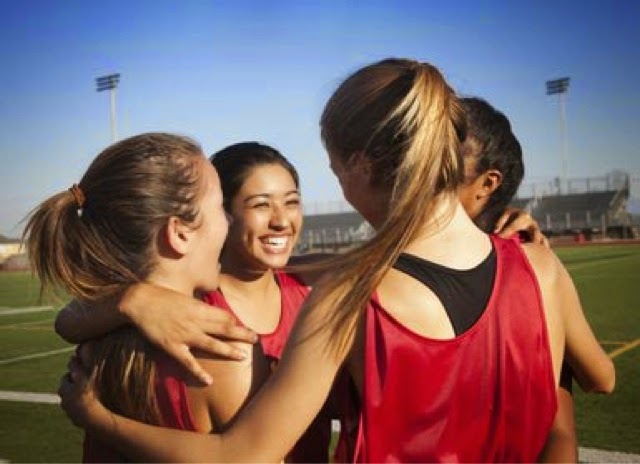 In the past 30 years, obesity has more than doubled in young children and quadrupled in adolescents, potentially leading to a host of chronic diseases later in life, according to the Centers for Disease Control.
Conversely, the CDC reports that regular physical activity provides a long list of physical benefits for children, but that’s not all. Daily exercise also promotes mental and emotional well-being that includes self-esteem.
“By now, I don’t think anyone is surprised that regular exercise is good for children and inactivity is places them at risk for illnesses later in life, but when you take a moment to consider the data in-depth for children who exercise and play organized sports, the details of a child’s future come to life,” says Danyel Surrency Jones, president of Power To Give and co-founder of Powerhandz Inc., (powerhandz.com), a company specializing in athletic training products to improve performance in baseball, basketball and football.
Danyel and her business partner and husband, Darnell Jones, a former professional basketball player who also co-founded Powerhandz, want kids in their community and beyond to benefit from the values learned from youth sports. That’s why they created the Power To Give program, which promotes positive development.
“We believe in the power of sports to change a kid’s life for the better,” says Darnell, who lists five significant benefits of youth sports.
1. Cultivates a positive attitude: Sports are demanding. Come game time, a young athlete wouldn’t last long with a negative mindset. “Practice is no cakewalk either,” Darnell says. “As adults, we understand the need to hype ourselves before hitting the gym. The rewarding feeling we get walking out from the gym is similar to what young people feel after a game or tough practice.”
2. Offers a sense of accomplishment, confidence and self-esteem: As the CDC noted, simply being physically active builds self-esteem. We are physical beings who are not meant to sit in front of a videogame for several consecutive hours. “Again, if you’re a physically active adult, you feel that sense of accomplishment in outdoing your last performance at the gym,” Danyel says. “Kids feel a similar way learning new skills and succeeding in a game, except more so.”

3. Builds better peer relationships: Kids want to fit in, but it’s not always easy. Organized sports hurdles the high wall of social awkwardness so many children feel. Team sports such as baseball, basketball and football demand participants to work together for a common goal, which is a valuable lesson some adults still haven’t learned while interacting at work.
4. More restraint in avoiding risky behavior: Ideally, parents can get their children engaged – in anything that’s productive, really . Bored or disengaged children have a way of getting into trouble. A student is less likely to misbehave in class or break the law if it means getting kicked off the team of a sport they love.
5. Greater family attachment and frequent interactions with parents: Famous athletes say it all the time, “Thanks Mom. Thanks for driving me to and from practice, and thanks for showing up at the games.” And that doesn’t even count helping a child with actual practice – playing catch, squaring off one-on-one, etc.
About Danyel Surrency Jones and Darnell Jones
Danyel Surrency Jones is COO and Co-Founder of Powerhandz Inc., (powerhandz.com), which specializes in performance-enhancing training products for athletes. Danyel is a business leader who led sales and marketing departments for over 17 years, sat on non-for-profit boards and invested in early stage companies. Darnell Jones is an entrepreneur and investor, athlete and sales professional. Before cofounding Powerhandz, he was a team captain and academic all-conference basketball player at Mesa State College before he went on to play for the Utah Eagles of the former Continental Basketball Association. Danyel and Darnell created the Power To Give– Building Character Through Athletics, which help fund athletic programs in financially challenged communities.