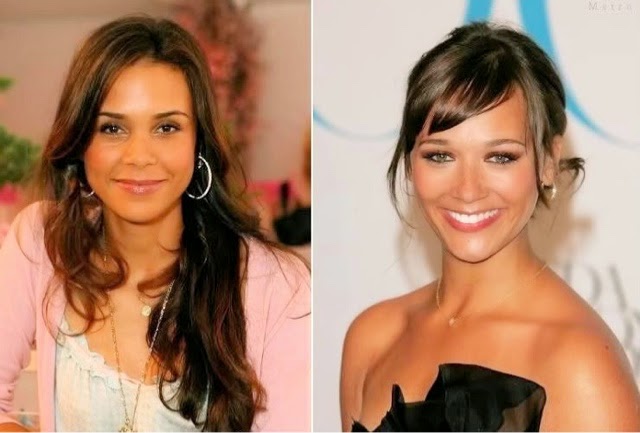 A friend of mine shared a 2012 Bossip article in social media that was about Parks and Recreation actress Rashida Jones  and her sister Kidada Jones.

Although both grew up with a Jewish mom and African American dad, the legendary Quincy Jones, they had differing experiences that were colored by whether each young woman looked more black or white.

Kidada struggled with being slightly darker skinned and having brown eyes, looking more black.  She describes how Rashida was essentially able to receive all the benefits of whiter skin because she had green eyes and Caucasian features. 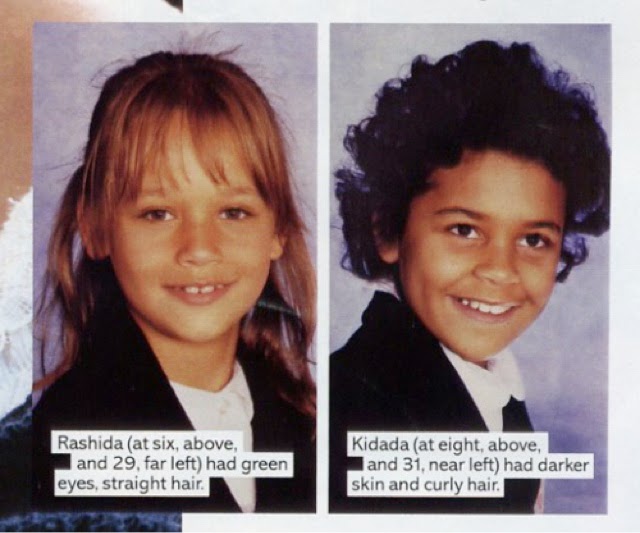 The family started out poor, and endured the typical types of discrimination multi-racial families dealt with back in the 1970s. Quincy said in a joint family interview in 2005 that he thought racism would have ended by the 1980s. (Yeah right)

But things got easier for the sisters.

Eventually, as their dad became more successful, they got to live as rich girls, yet were still very different, partially based on self- identification based on complexion and hair texture (and Kidada’s struggles with dyslexia played a part too)

In that 2005 Glamour family magazine interview, Kadida describes feeling disconnected to her Jewish in-laws who she felt were disappointed in their mom for marrying a black man.
In her predominantly white grade school, Kadida described not feeling like she could compete with the other girls. She resented that so she rebelled and became a tomboy, and would eventually get kicked out of the exclusive school they both attended. 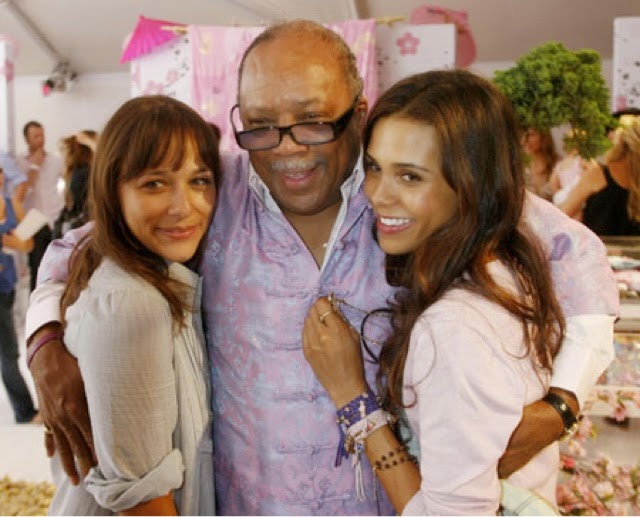 All the while, Rashida who had straight fine hair and features considered desirable or exotic like green eyes, had an easier time fitting in, spoke well and excelled in school.
Shockingly, during the interview,  Kadida accused her sister of passing for white, but Rashida denied it, saying she can’t help the way she looked.
Rashida added in as part of her defense that she too felt the sting of people telling her she couldn’t be black because she looked too white.
She said she got dinged in Hollywood for not looking black enough when she went out for roles asking for an African American woman. Casting directors would tell her she was too ethnic looking to get roles for white women. 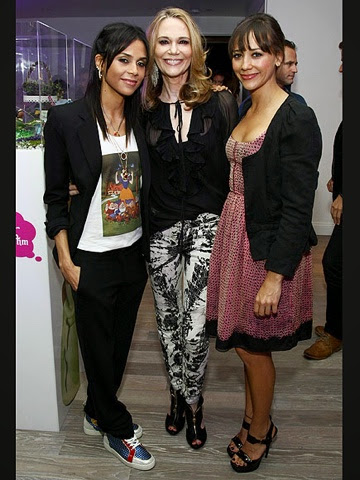 By high school, Kadida decided to find a place where she could fit in and decided she wanted to attend a more racially diverse public school. Their mom Peggy got a fake address and enrolled Kidada in Fairfax High.
Kadida described the experience in the interview:

All those kids! A deejay in the quad at lunch! Bus passes! All those cute black boys; no offense, but I thought white boys were boring. I fit in right away; the kids had my outgoing vibe. My skin and hair had been inconveniences at my other schools–I could never get those Madonna spiked bangs that all the white girls were wearing–but my girlfriends at Fairfax thought my skin was beautiful, and they loved to put their hands in my hair and braid it. The kids knew who my dad was an my stock went up. I felt secure. I was home.

It is quite an interesting tale that parents of young biracial children, especially those that have different physical features and hair texture should check out. HERE. 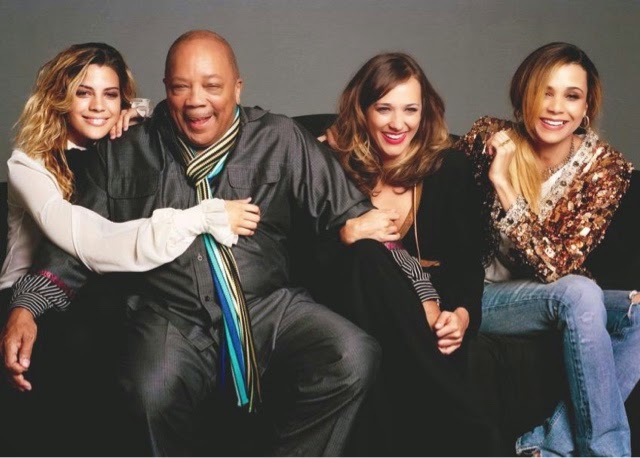 I went to college with a girl who was dark with African hair and features but her younger siblings were biracial and had biracial features because her mother remarried a White man later. This young lady’s actions, demeanor and attitude gave me the feeling that she felt inferior to her siblings based on their looks. Parents do not realize how their words and varying treatment of their children matter but I suspect there was some poor word choice used with her too that colored her disposition.
In law school, one of my classmates and her sister remind me some of Rashida and Kadida. She was fairer skin yet had more African facial features. Her sister has more European facial features yet was browner -skinned.
On the flip side, my friend was the president of the Black Student Union in high school and college and dated a blue black African dude all through college and law school. She was bold, sometimes brash and opinionated. You took attention when she walked in the room. She commanded acknowledgment because of her commanding unapologetic demeanor which would leave no one in doubt that she was an African American woman.
Her sister, on the other hand, only had white friends and sat quietly when some of them would use the N word or talked in denigrating fashion about blacks and African Americans. She eventually married a white man whose family didn’t approve of him marrying her, my friend shared.
So sad.
Meanwhile, my friend married a black man and has two daughters who are fair skinned yet look distinctly African American still.
Her sister’s sons look pure Anglo Saxon.
It’s all interesting dynamics and I have no opinion but simply wanted to share some insights and provide some food for thought.