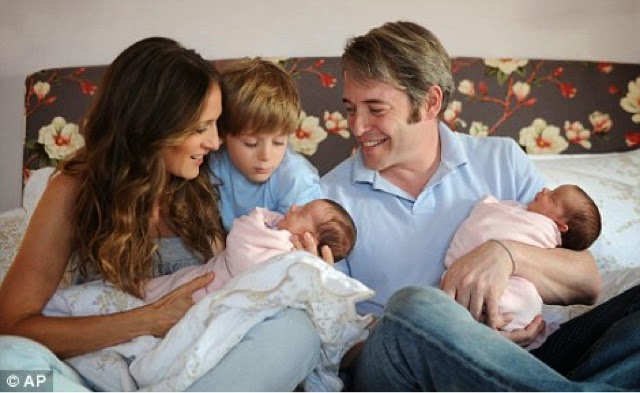 Surrogacy, pregnancy and Vanity are controversial topics this sometimes go hand in hand.
E! Entertainment hostess Giuliana Rancic went through infertility, several failed in vitro fertilization attempts and at least one miscarriage before opting on a gestational carrier. The surrogate pregnancy of their son Edward Duke was the subject of her Style channel reality TV show Giuliana and Bill.
Camille Grammer, the ex wife of Kelsey Grammer and Real Housewives of Beverly Hillsreality TV star reportedly suffers from irritable bowel syndrome which prevented her from being able to carry her own kids and forced her to bring her two children, Mason and Olivia, into this world via a carrier.
Elizabeth Banks’ two kids were birthed via gestational surrogate. Her last was also.
And before Nicole Kidman finally settled on a carrier given her advanced maternal age, she had two miscarriages trying to conceive the traditional way.
After having her first child “naturally”, Sarah Jessica Parker struggled to conceive again and turned to surrogacy to deliver her twin girls in 2009.
After 7 years of failed attempts to conceive, actress Angela Bassett and husband Courtney Vance welcomed twins Brownyn and Slater in 2006.
Irrespective of the reasons, there remains a stigma and unspoken presumption among many that women who conceive this way are trying to save their bodies from the stretching out, pigmentation and other trauma and stresses of carrying a child, including excessive weight gain in some cases. Camille Grammer‘s co-stars reportedly went on record saying that was her true reason for not having her babies through conventional methods.
Former cast member Adrienne Maloof was under a similar controversy after castmate Brandi Granville revealed during a dinner party that was taped for airing on the Bravo TV show that Maloof’s two children were born via a carrier. Apparently, Maloof had previously spoken about actually carrying her babies herself.  I don’t know if this is true. Don’t sue me, Adrienne. Read this post from Tamara Tattles which covers it well.
It’s a tough route to go especially considering that no matter how you explain your reasons for using a carrier, there will always be a cloud of suspicion that they were truly for vanity sake.
And when a star does admit that she is afraid of the effects pregnancy  would have on her body, she is harshly criticized over it.
Biggest Loser star Jillian Michaels got a lot of heat and flak after saying that she had decided to adopt a child rather than try to get pregnant because she worked too hard to have the body she has and was not willing to let pregnancy ruin it.
The New York Times has a wonderful, but a bit lengthy, piece, “Her Body, My Baby” written by a woman who welcomed a child via a surrogate. It’s a worthwhile read for anyone thinking of going that road to have a child.
By Jeneba Jalloh Ghatt
Mother’s Day: Give a socially conscious gift to mom
White House Correspondents’ Association Dinner Red Carpet: Celeb moms and others take DC!