Congratulations to Empire star, Terrence Howard and his wife Mira Pak on the birth of their first child together on Monday, June 15, a son the couple named Qirin Love.

“He’s beautiful and strong and a whirlwind and my wife is so happy,”  Howard told Access Hollywood  exclusively.  The Wayward Pines star added that the name has Chinese origins and means serenity and prosperity.

His newborn is also an uncle to Howard’s granddaughter Hazel and grandson Adrian.

This is the fourth child for Howard.  He had daughter Aubrey (Adrian and Hazel’s mom), Hunter and Heaven with first wife Lori McCommas.  He married Michelle Ghent in 2010, briefly for a year before divorcing in 2011. 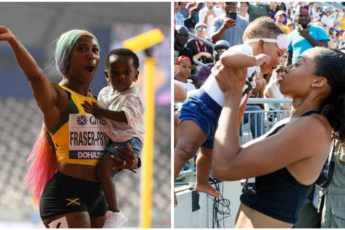