US 2016 Presidential hopeful Donald Trump is catching some heat today for once calling a lawyer disgusting after she asked to excuse herself temporarily from a legal proceeding so she could pump breast milk for a baby at home.

A New York times report today discusses the recently  uncovered transcript from a 2011 Trump deposition over a failed Florida real estate project. When Elizabeth Beck, then a brand new mom who was also the attorney for the opposing side of the case, asked for a break to pump, she raised her breast bump bag to signal the genuineness and urgency of her request.

“You’re disgusting,” Trump told the woman before getting up himself to scurry from the room, the reports states.

Trump tweeted in response to the incident today claiming that Beck was attempting to nurse in front of him. He said he she lost and he loved beating her.

.@CNN & @CNNPolitics did not say that lawyer Beck lost the case and I got legal fees. Also, she wanted to breast pump in front of me at dep.

Also, without denying the allegations, Trump’s lawyer, Alan Garter, told the Times in a statement that Trump’s statement “was in no way a statement about her decision to breastfeed or pump. It was solely the fact that she was appearing to do it in the middle of a deposition,” and make an attempt to get extra time.

Um…this guy probably never in his life had super engorged breasts! News flash: It is uber painful and uncomfortable! The consequence of her not pumping would be for her milk to leak through her breastpads and clothing. How insensitive, aloof and unsympathetic can these guys be! Garter is one thing, but the Donald wants to be president! ugh!

As expected, Beck calls Trump’s camp response ridiculous saying she was only requesting a private place to pump, she told CNN this morning.

““[Trump] got up, his face got red, he shook his finger at me and he screamed, ‘You’re disgusting, you’re disgusting,’ and he ran out of there,” Beck said, referrign to this his behavior as “an absolute meltdown.”

Outside of this incident, the only other indication Trump has given on his feelings of mothers and children since announcing his candidacy came during a speech in Iowa earlier this year.

After the event,  he proudly boasted that a crying baby was driving him “crazy” but he kept his cool because he “didn’t want to insult the parents for not taking the kid out of the room!”

Yay! You get a gold Star!

Trump, a real estate developer and reality TV star of The Apprentice is the dad to our Bellyitch Bumpwatch Alum, Ivanka Trump. 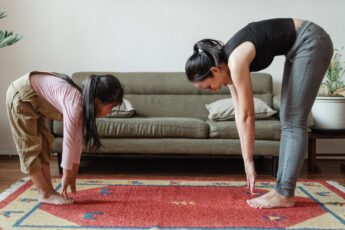