When not touring or belting out hits on a stage, mom-to-be Kelis was studying at the famous Paris cooking school, Le Cordon Bleu. The native New Yorker recently hit up the HuffPost Live  and Sirius XM studios to promote her new cook book,  “My Life on a Plate: Recipes From Around the World“.

In her cookbook, the native New Yorker shares dishes from her Puerto Rican heritage and her travels around the world. During stops on various legs of world tours, she discovered local outdoor markets and tiny hole-in-the-wall restaurants and other hidden journeys. She captures some of the food from her travels, culture and her own specialties derived from growing up watching and learning her mom who ran a catering business in the family home.

The cook book is the output of all that effort and was released this past September 28. And she had much practice working in a few restaurants on the line as a prerequisite to graduating from cooking school. “Kitchen is intense,”  she told BBC of working sauté, adding that at first her fellow classmates were taken with a celebrity apprentice by their side but over time, because “time is so crucial that no one, it was like whatever,  can you cook, like get on with it?”

Kelis, who is still actively performing,  told BBC that the cook book is “just another outlet” for her, “something she enjoys.”

Kelis is currently expecting her second child with her husband (though that is yet to be confirmed). She has a 6-year old son Knight with ex-husband Nas, 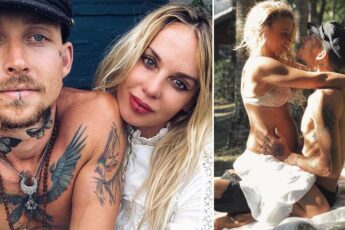