FALL cooking means a new set of spices to liven up your dishes! These days, everyone is a buzz about Patti Labelle‘s pies being promoted via a viral video by YouTube comedian and singer James Wright and most certainly filled with fall spices.

If you want to make your own Patti Sweet Potato Pie, you can get the recipe from the veteran singer’s 1999 cook book LaBelle Cuisine: Recipes to Sing About at our partners at Amazon.com.

For fall pies and many other fall recipes, you will want to make sure your pantry is stocked with one or more of these 7 spices summarized by NoMoreToGo food delivery and recipe service.

Cinnamon is one of the most popular spices, both on this list and around the world. It is versatile enough to pair with both sweet and savory dishes. For example, try it fruit dishes like homemade apple or pear butter, or pies, and sprinkle it sparingly in stew, casseroles and breads.

Actually the dried and ground fruit of a West Indian tree, allspice is delicious in stews, roasts  and some breads. A little goes a long way, so follow the recipe carefully and start with just a pinch or two in your own recipes.

This aromatic spice is also very popular during the winter holiday season, and pairs well with many meats, fruits, desserts and more. For an inexpensive and festive fall air freshener, try making your own orange pomander balls with fresh oranges, cloves and spices.

6 SPICES TO BOOST YOUR FAMILY’S IMMUNITY THIS FALL

Nutmeg is a unique flavor and one that really complements and enhances baked dishes, sauces and desserts. It is also great with pudding, spinach, and squash, and is a prime flavoring ingredient in pumpkin dishes and eggnog. Nutmeg can purchased in ground form or bought whole and grated.

Pumpkin spice, also called pumpkin pie spice, is practically synonymous with fall. Pumpkin spice isn’t just for pies, though! Try it in all kinds of desserts and snacks for instant fall flavor, like cookies, cakes, muffins and even coffee and cocoa.

Rosemary is a savory spice with an intense herbal flavor that just begs to be paired with meat, tomato dishes and roasted veggies. Rosemary is reported to have health-boosting antioxidant properties, and is yummy used sparingly in herbal teas. Fresh rosemary is best, but dried can be nearly as flavorful. 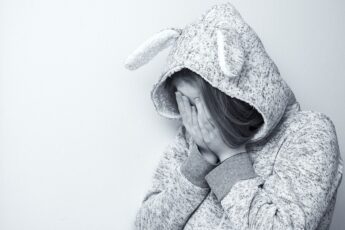