The first official dinner hosted at the Royal Palace in Stockholm this week gave the two expecting Princesses in the Royal family of Sweden a chance to dress up their bumps.

Crown Princess Victoria and her husband Prince Daniel, a New York city businessman,  attended with Victoria in a beautiful floor-length beaded lace gown. Her sister-in-law Princess Sofia went with a shimmery gold floor-sweeping dress with a tiny train. Sofia is expecting her first child with Prince Carl-Philip (who we at the Bellyitch offices think is the cutest royal around).

They both had on their tiaras! The event was attended by dignitaries, high-level officials, business executives and other notables.

This will be Victoria and Daniel’s second child. They are parents to 3-year old Princess Estelle. She is due in March, one month ahead of Sofia.

These will be the 4th and 5th grandbabies for King Carl XVI Gustaf and Queen Silvia. Victoria and Carl’s  sister Madeleine has an almost 2-year old daughter Princess Leonore Lilian and a 7-month old son Prince Nicolas with British-American businessman Christopher O’Neill.

Fun Fact:Unlike Daniel, O’Neill has decided to not take on the Royal name or rescind his British and US citizenship, therefore he is not a member of the royal family.

What a handsome family 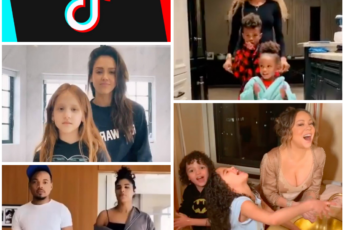