Ayesha made headlines for insinuating that the referees and the NBA were fixing game 6 of the NBA in order to force a game 7. (The Golden State Warriors and Cleveland Cavaliers will play the last game in a 7 -game series after the Warriors had a 3-1 lead)

Ayesha tweeted about it after her husband Steph Curry fouled out.

It was the first time ever Steph fouled out this season. And it came at the final minutes during a critical time of the game when Steph’s signature clutch three point shots matter most.

In outrage, Steph hurled into the crowd the mouth guard he always chews on while playing. He also got into the face of a ref and got ejected.

The
Smith took it too far as usual, in my opinion by talking about the women’s looks too. Quit using your platform to go tit for tat with an athlete’s wife, dude!

Ayesha clapped back telling him to quit pitting women against each other.

You can Google the deets yourself but I am blogging about this to point out how extra extra relevant my girl Ayesha has become in the sports world.

Now every tweet, peep or move she makes or anything she says or does get picked up by ALL OF THE MAJOR sports media outlets.

They are literally hanging on her every word.

It is not uncommon for the media to monitor the social media accounts of sport wives.

In fact, the first clue that LeBron was returning to the Cavaliers after a brief stint playing for the Miami Heat came from a tweet by Savannah who shared a photo of the map of Ohio with the caption “Home sweet home. The countdown is real.”

But woweeeee! They’re on Ayesha’s jock for real.

Like my other girl, Bey sings in her infamous song “Formation.”

“You know  you that b*#%^ that causes all this conversation.” 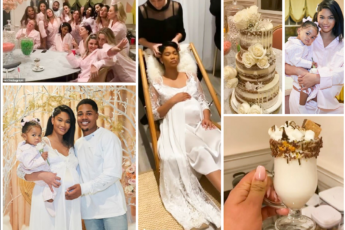