My bestie (in my head) Beyonce just dropped her first video in a year “Formation (Dirty)”which may be a precursor to a pregnancy announcement, reports say.
The video is an ode to her hometown New Orleans and features appearances by her daughter Blue Ivy, Martin Luther King, Jr., MTV Reality TV star & NoLo dance & music personality Big Freedia and others.
The timing is perfect as the multi-platinum selling artist will be taking the stage during tomorrow’s Super Bowl 50 halftime show with Coldplay and Bruno Mars.

Insiders report that she is preggers with her second child and may announce the news during that performance similar to the way she announced her first during the VMAs.

The reports state that she was snippy during rehearsals, smacked more than usual and has beefed up her security.

Check out the video.

By Jeneba Jalloh Ghatt
Our Faves Looked Hawt Rocking the NAACP Image Awards Red Carpet
Ivanka and Chelsea: Two Pregnant Women are Stumping for their Parent to become the Next US President 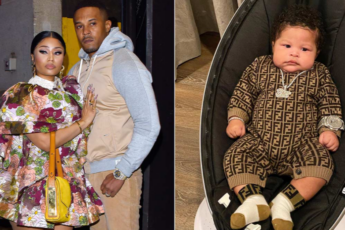