Somebody has popped but not who you think. Maroon 5 frontman Adam Levine took to Instagram to do a belly comparison photo with his wife, Victoria Secret model Behati Prinsloo.

He also was the one to officially confirm his wife’s pregnancy earlier this year when there was a lot of rumors and speculation swirling about. This will be the first child for both.

I love Adam. Humble brag: I once was a private home of friends getting together and he was in the other room chilling. We (my friends from the Maryland and DC who aren’t used to chilling among celebs) had to play it cool and not embarrass ourselves. It was hard.

I’m excited for them both including Prinsloo because we share a native continent. (smile) 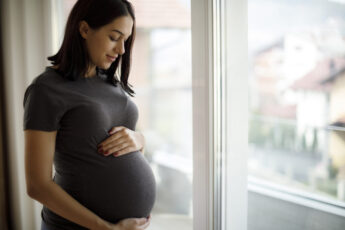