Now that Janet Jackson has announced her pregnancy with her husband, billionaire business man Wissam al Mana, her ex husband from decades ago, James DeBarge has come forward to allege they may have had a secret daughter together.

The singer, who was part of the popular 80s family singing group DeBarge, told Radar Online that a young woman contacted him to tell him she is Janet Jackson’s adoptive daughter.

Jacksok and DeBarge had their marriage annulled after a few short months I. 1984 when Janet was just 19-years old.

“Someone had contacted me. She spoke to me by email,” he said. “The first time was two years ago. I have not been able to directly see her face-to-face.”

He added that the young woman suggested that they take a paternity test. No test has been taken yet, however.

“She suggested it,” DeBarge said, adding that he has yet to meet the woman because he’s afraid.

DeBarge also confirms that when the woman contacted him, she said one of  adoptive parents died but he decided to tell because another girl had claimed to be their love child.

“She described as much as she could tell me because she was very fearful at the time,” he continued. “She was very angry about people running with this story about this [other child] being my baby. She got very angry. She’s like, ‘Papa I want to help you out.’ She had so much of personality and she was so accurate with everything she was saying, it was only things that I and Janet know. No one else but god, me and Janet.”

Debarge’s mom claimed in a Star magazine tabloid story in 1994 that Janet went away for a long time and then asked for an annulment when she returned.

Rumors have existed for decades suggesting Janet may have had a child with James. Some have suggested that her brother Jackie Jackson’s daughter Brandi with Jackie’s now deceased wife Enid was Janet’s secret child but the numbers don’t add up.

Enid was born in 1982 when Janet was 16 and hadn’t started dating James yet.

I don’t but none of this secret child story. Looks like someone was setting herself to get in with a wealthy family. Who knows. Do you? 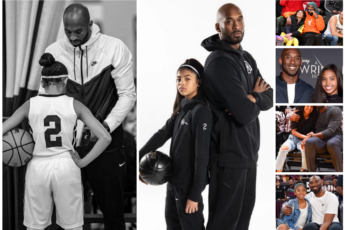