A young Atlanta school educator has become the latest viral internet sensation once images of her curve-hugging dresses started circulating widely on the Internet. Social media users are referring to Patrice Brown, an award-winning school professional, as TeacherBae.

It doesn’t help that Brown’s Instagram is also filled with pictures of herself scantily dressed or in clothes some will consider seductive, and well…that’s just too hot for some on the Internet to handle. Well, not all. She quickly amassed a following of 160,000 shortly after she went viral.

Social media was abuzz with many  people proclaiming that Brown dresses too provocatively for a school, and since then, many others have spoken out in her defense.

The pretty educator reacted to all the fuss.

She told the Daily Dot,”I just wish they would respect me and focus on the positive and what truly matters—which is educating the children of the future generations and providing and caring for them.”

The school system she works for also felt compelled to issue a statement that included a declaration about the school policy.

According to the administrators, Brown isn’t a teacher, but a paraprofessional with the district and has been “given guidance regarding the APS Employee Dress Code.”

A skim of the district’s policy shows language regarding “immodest dress, tight or otherwise revealing” as being considered unacceptable, as well as jeans not worn for special projects and activities.

I guess it doesn’t matter that there are also images of her out there with her school children or that she was once named teacher of the month for her effort.

Funny how nobody posted this pic of #teacherbae. The one that matters. You guys are only focusing on the negative. pic.twitter.com/i35y6hpbL7

Keep hating on the 4th grade teacher like she ain’t Educator Of The Month ? pic.twitter.com/v3a4zE5srA — [J]ayJChillin (@JayJazzi) September 12, 2016

In a nutshell, Brown, like other women with large breasts, hips or buttocks, are sexualized just because of the size of their physical features. If a woman with smaller body parts wore the same outfit, she wouldn’t be told that she was too sexy.

A couple of years ago, another teacher, Becky Brinkerhoff who lived in a conservative Christian community wrote about her similar experience in the Thought Catalog in 2014.

“My curvy figure—the one that I could not help myself from having—automatically labelled me as sinful,” Brinkerhoff wrote . “I was being guilted for something that I couldn’t change. I was being held to an impossible standard of modesty—one that my body simply could not comply with.”

And curvy women have even lost their jobs simply for having a figure they were born with.

Back in 2010, a Citibank employee says she was fired because the men in her office thought she dressed inappropriately.

When she pointed out she was wearing the same clothing as other women in the office, “They said their body shapes were different from mine, and I drew too much attention,” Debrahlee Lorenzana  told the Village Voice. Citibank denied her claims, and did not enter a settlement with her.

Daily Dot pointed out how the issue of curvy bodies disproportionately affects women of color who are usually more curvy than White women.

“Women of color are so often sexualized through misplaced exotification,” writer Fariha Róisín noted in a January 2016 opinion piece in Fusion. “Before we’re old enough to gauge how the holes toiling inside of our bodies serve a purpose… We are simultaneously told we are ‘undesirable’ by the glaring lack of representation, and that we are, simultaneously, too sexual.”

I wrote about the “curvy girl problems” a few years ago too when our Bellytch Bumpwatch alum Erica Campbell was told the white curve-hugging yet fully covered turtleneck dress she wore for the cover of her first solo album was too sexy.

I pointed out how the late Whitney Houston had wore a similar dress and because Houston had a very thin frame, she wouldn’t have faced the same negative feedback even while wearing the same type of dress. 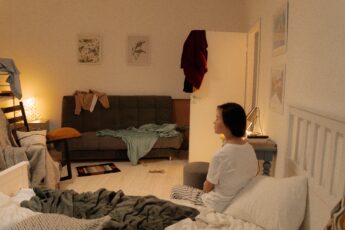