Are fans getting ahead of themselves reading too much into Orlando Bloom‘s affection toward’s girlfriend Katy Perry during a brief appearance at the UNICEF Snowflake Ball in NYC this week?

Perry made an appearance at the event which also featured former First Lady and Secretary of State Hillary Clinton.  While at the podium, Clinton mentioned Perry who was set to receive the night’s prestigious Audrey Hepburn Humanitarian Award.

The camera capturing the event panned to Bloom and Perry standing and applauding in the audience and shows the moment Bloom rubs Perry’s tummy in a circular fashion, thanks to Jezebel. hmmmmm. Curious!

That was enough to set the Internet sleuths off and running! Watch!

Nothing livens up a Tuesday night like a surprise appearance by @hillaryclinton to present @katyperry with an award at the #UnicefSnowflake Ball ? #hrc #stillwithher #rise

We could be getting punked or just overly eager to see a baby Katy again just like last year when Perry posted a close up of herself wearing a mom necklace….no baby materialized out of that showing but we never know.

By Jeneba Jalloh Ghatt
Hillary ClintonKaty PerryOrlando Bloom.snowflake ballUNICEF
No Hate but Please Don’t Take Celebrities’ Postpartum Weightloss Tips
Celebs that Do Co-Parenting Well and Dig Each Other Too 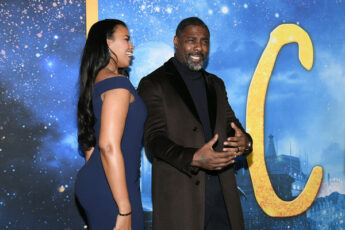