Lauren Conrad is the latest of alums from the MTV reality TV shows Laguna Beach and The Hills to have announce a pregnancy.

The author, blogger and lifestyle maven shared the news on Instagram that she and her husband William Tell are expecting their first child together.

“Happy New Year! I have a feeling 2017 is going to be the best year yet…” she captioned a photo of her sonogram and of course, it was quite dreamy and perfect and quite on brand with her Instagram page with 5.5M followers.

Happy New Year! I have a feeling 2017 is going to be the best year yet…

Laguna Beach alum Alex Murrel gave birth to a son last July with her spouse and a month later another alum of that show about “the Real Orange County”,  named after the hit show The OC ‘s fictionalized portrayal of the posh coastal region, gave birth. Casey Reindhardt and her husband welcomed their first child, a daughter they named Kensington. Christina Schuller (nee Sinclair) welcomed her first child, son Christian Sutton, in 2014. This past September 2016,  Morgan Smith (nee Olson) welcomed her second child with her husband,  daughter, after giving birth to son Theo in 2014.

One interesting thing I noted of all these births is that they all (minus Cavallari’s first) were with their husbands, not fiances or boyfriends. Says something about how they stick to tradition.

I’ve always admired Conrad for being one of the few people to successfully parlay a reality TV show beginning into a mini empire.

She  has written a successful series of young-adult novels and oversees her successful fashion line she co-founded Paper Crown and her popular Kohl’s line, LC by Lauren Conrad.

Our Bellyitch Bumpwatch alums who have done the same include Kim Kardashian West, the ultimate media and lifestyle mogul. Tamar Braxton Herbert and Evelyn Lozada have successfully leveraged their fame from reality TV to lucrative subsequent gigs, careers and other ventures. They’re not limited to marketing their online social media presence via sponsored posts or by selling digital products either, a lot of reality TV alums are doing well selling products and partnering with brick and mortar realtors! Good stuff! 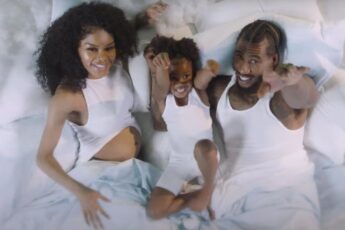