Historically, Western societies’ methods of parenting have managed to influence the child-rearing habits of other parts of the world, in particular, Asia, but the tide is shifting as more parents in America and Europe begin to adopt the “Tiger Mom” structure.

“In most Western societies, such as Europe and the US, individualism, independence and self-orientation are viewed as important,” Chen writes in an article published today in Child and Family Blog. “Parents encourage their children to develop skills that support these values, such as assertiveness, self-confidence, self-expression and autonomy. They want their children to develop a positive sense of self and personal worth.”

In the piece titled, “East and West May be Reshaping Each Other’s Parenting,” Chen compared more westernized parenting styles to those of Eastern world nations.

“In more collectivist cultures, such China and Korea, parents are expected to assume greater responsibilities in child development,” Chen wrote. “To fulfill that expectation, they tend to be highly involved in child rearing and child education, sometimes using ‘high power’ strategies.”

Where American parents may engage children more, Asian and Eastern parents do not as much.

“They may order their children to do certain things, providing little explanation or reasoning. They want their children to obey them, so they emphasize compliance and obedience.” Chen states.  “In a ‘high power’ approach, if children don’t listen, parents may use force or punishment. This approach reflects the parents’ goals: to develop children who listen and who learn qualities such as cooperation, compliance and self-control, which could be useful for adapting to the society.”

But each model has its own benefits, he argues.

“The US emphasizes individuality and self-confidence, which have been seen as cornerstones of economic success,” writes Chen. “But the message from Japan, China and Korea is that their traditional values—self-control, modesty and compliance—might lead to greater achievement.”

He credits globalization and industrialization for the infusion of Westernization of Asian, African and South American cultures with these societies growing “more individualistic, and parents are adapting their child-rearing styles and values.”

And as parents rely less on their children to care for them in their older years, Chen notices that “parents say they are raising children more for enjoyment. They want their children to develop independent skills and positive self-esteem.”

Likewise, teens in China are reporting that “over the past 15 years, parents have become less authoritarian and less power-assertive, as well as more sensitive to their feelings and needs, encouraging them to exercise greater independence and autonomy.”

But in the same vein, in the West, attention to “Tiger Moms” and because of immigration, and the growing multiculturalism of the West, parents in America and Europe are getting exposed to the child rearing habits of people from Asian, Africa and South America. Peer group interactions contribute to a melting pot of values where children learn from peers with different cultural values, and parents, too,  “also have increasing opportunities to learn about new values through their interactions with families of different backgrounds,” Chen notes.

“In the West, concerns about the importance of education have made parents ready for fresh thinking” he adds. “They’re open to the idea that pushing their children hard to achieve academically may have something more to offer than laissez-faire Western approaches that have failed some children.” 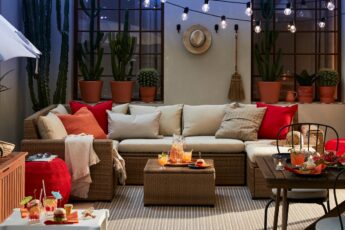