The Carter-Knowles family hit up the premiere of the new live action Beauty and The Beast Disney movie last week.

The trio, consisting of Beyonce, husband Jay-Z and daughter Blue Ivy entered the El Capitan Theatre in Hollywood Thursday night with the rest of the cast also attending the opening night of the film.

Queen Bey was outfitted in an emerald green flowy empire-waist Gucci gown with a plunging neckline. Daughter Blue had a matching tiered frock that some sites say is a custom-made riff on a $26,ooo Gucci frock from their Fall/Winter 2016 collection. After the event, an impromptu photo shoot was in order, of course.

The pop icon shared photos on her social media account which has been re-shared by various Beygency affiliates.

Mrs. Carter is expecting a pair of twins later this year.

Check out the pics from the event: 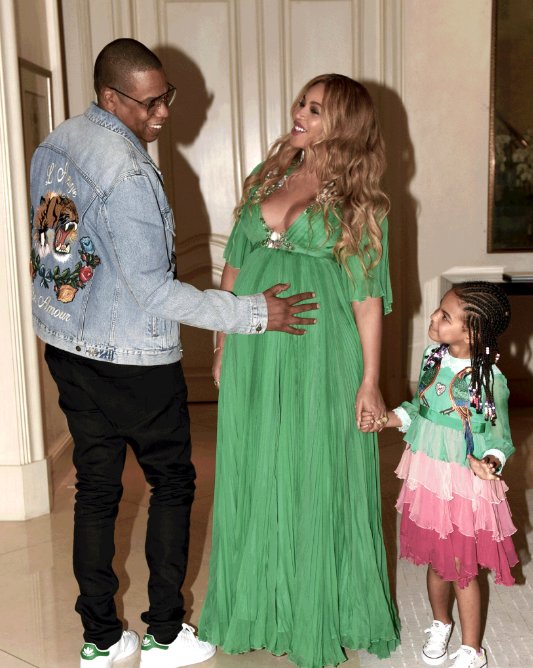 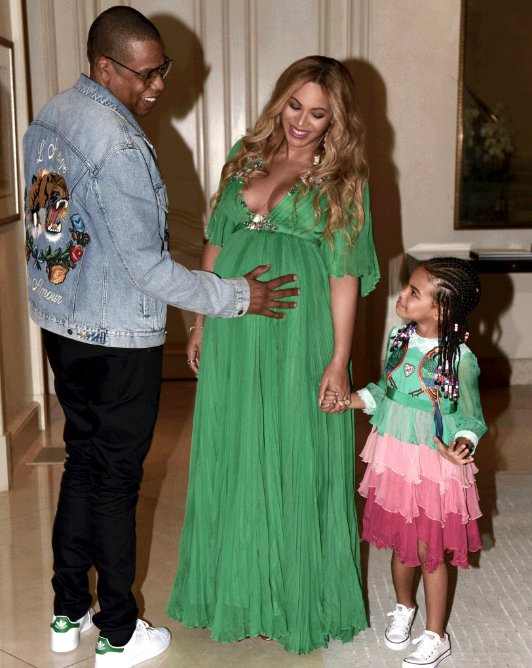 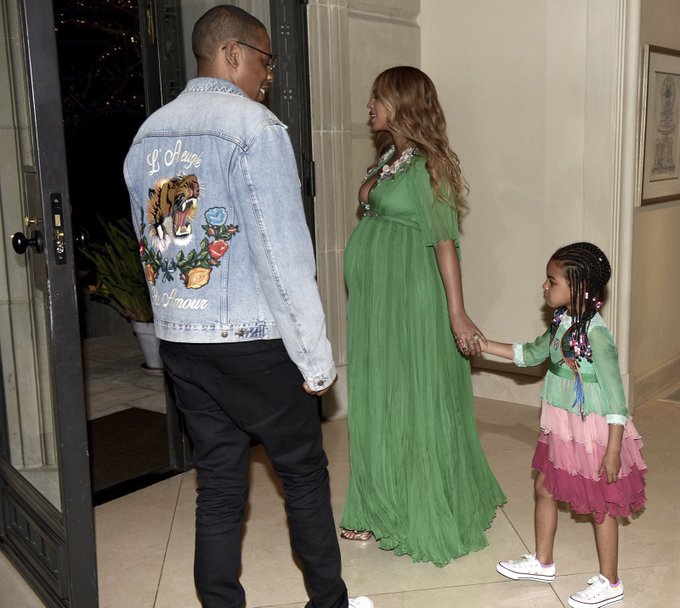 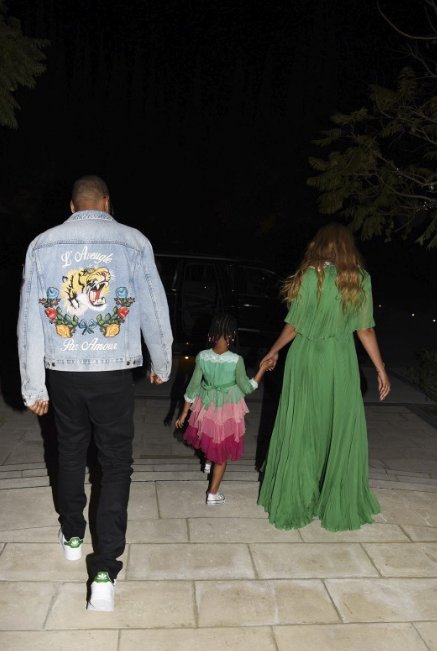 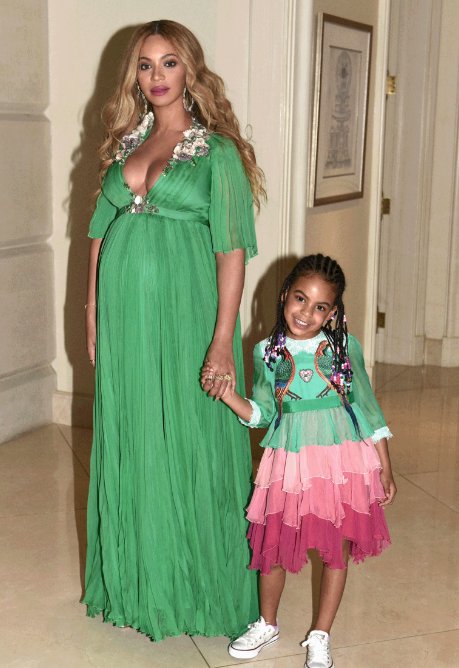 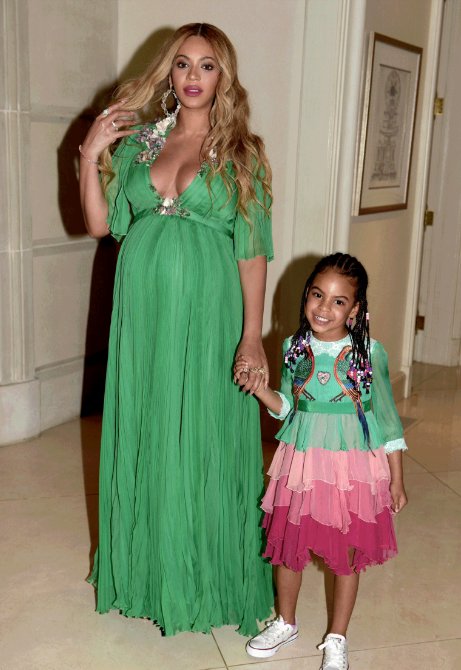 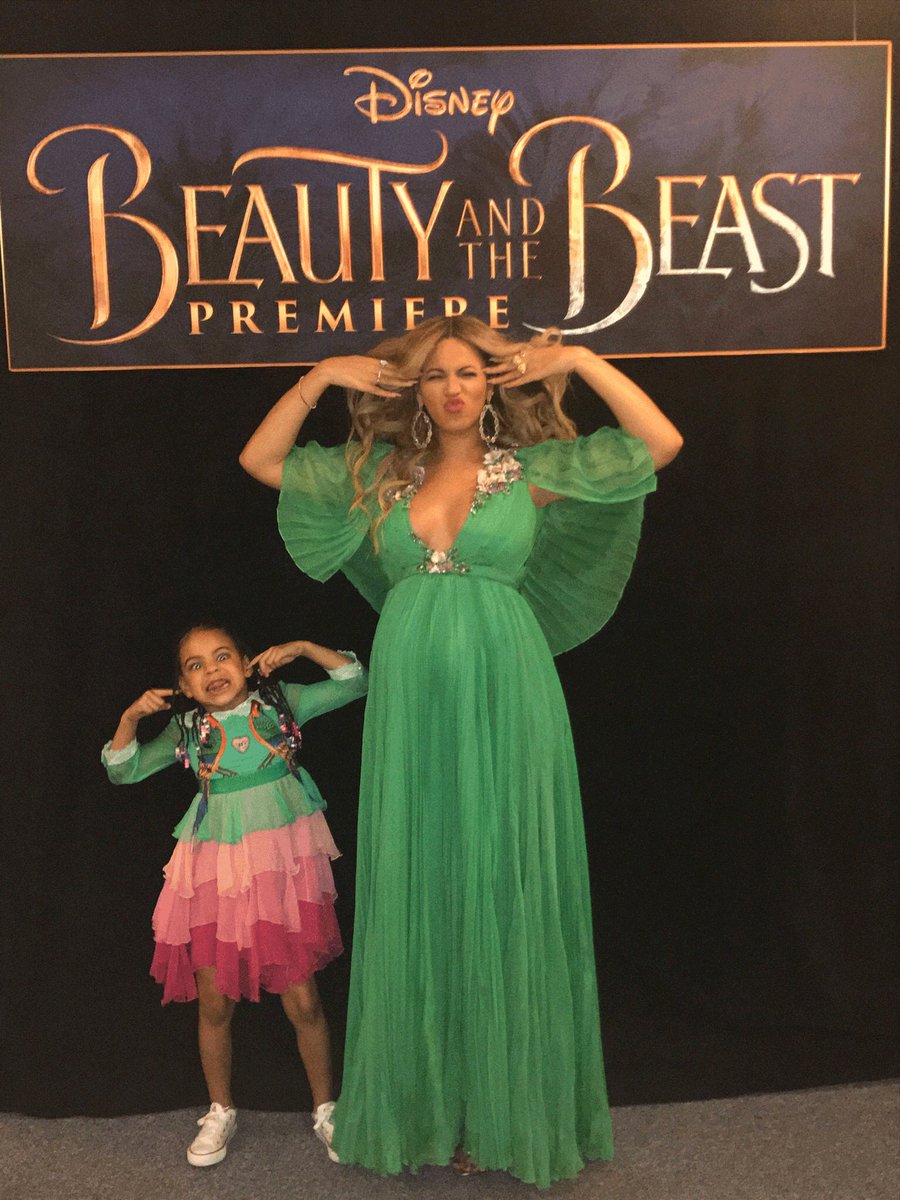