I’m not jealous that the same media conglomerate that owns Reddit, (Conde Naste) owns Vanity Fair and the latter got an exclusive feature on Serena Williams and Reddit co-founder Alexis Ohanian‘s love story.

I’m not annoyed that the author, Buzz Bissinger, goes a little bit overboard to ram it down our throats that the article is a “love story.” I think he mentioned the phrase “love story” like 50 times!

I’m not peeved that the wonderfully talented and famed photographer Anne Lebowitz was bestowed the honor of doing Williams’ maternity shoot even as we were pumping up our pick in another post.

I am not even fermuxed that the author tried to pump up Columbia, Maryland, where Alexis was raised as some famous planned community when as a native Marylander, I know it’s not that big a deal but hey, we gotta hype him up too.

I am not miffed that the magazine chose to have her do yet another take of Demi Moore’s iconic cover because, by this point, it has been overdone to the point that it is a cliche and I think Serena deserves more, more authenticity and more uniqueness and something more fitting.

ok. I lied. Maybe I am all those things. Jealous. Annoyed. Peeved. Fermuxed. Miffed.

Well, you don’t have to let my grudge stop you from heading over to Vanity Fair and checking out.

You will learn that the Tennis champ took a pregnancy test to prove a friend wrong and that her vomiting, fatigue and swollen breast meant nothing. Nothing at all.

You’ll discover that Williams took several more after and eventually, presented them all in a brown bag to Ohanian a day before the start of the Australian Open (which she won) and you’ll see Ohanian described as a science geek, an Ivy League Law school dropout, who didn’t watch one tennis match before dating Williams.

You’ll get the context of my fave part:

The day of his birthday, April 24, Alexis went to the Carousel Restaurant in Little Armenia in Los Angeles with his grandparents. Serena and he FaceTimed. She was calling to say happy birthday, which might not sound like a big deal but was because she is a Jehovah’s Witness and part of the religion is not to celebrate birthdays. She was doing something she normally would not do, reaching beyond, telling him on the phone how wonderful their lives together had been.

Alexis knew then he wanted to marry her, not simply out of happiness or compatibility. She was helping him become the best version of himself because of her own work ethic and focus, with millions watching and the expectation of the public that she should win every time, what Serena herself described as carrying “three pyramids” on her shoulder. He thought he worked hard—it is part of the romance of high tech that everyone works 18 hours a day and then curls up under the desk for a few hours’ sleep with their laptop as teddy bear and pacifier—but he realized it was nothing compared with Serena.

“I felt like a door had been opened to a person who made me want to be my best self. . . . I find myself just wanting to be better by simply being around her because of the standard she holds.”

If you’re a fan of Williams or unlikely pairings or love stories, you might very well enjoy the treatment and I think for sure, you will love all the great tales and stories within.

I do appreciate all the insights from the piece even if I got issues on a bunch of other aspects of it.

It is a great read and I highly recommend it! 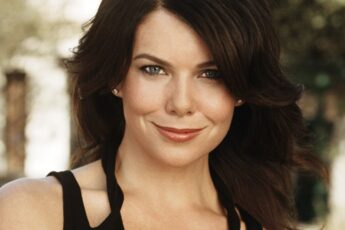