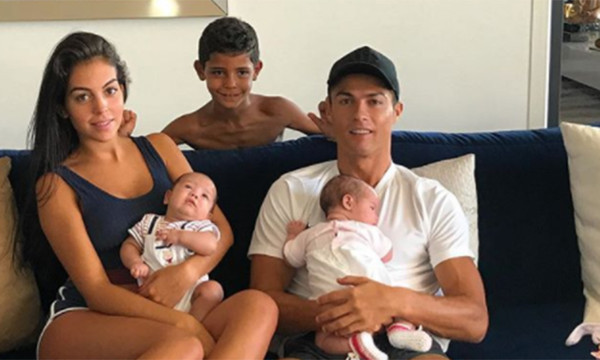 After weeks of speculation, footballer Cristiano Ronaldo confirmed that he and girlfriend  Georgina Rodriguez are indeed expecting their first child together.

The international Portuguese soccer star is famously known for having brought three children into the world via surrogates. The latest are his twins Mateo and Eva who he welcomed in June via an American surrogate.

During an interview this week, when asked if he was “happy” about the baby on-the-way, Ronaldo replied in Spanish, “Yes, very much,” El Mundo reports.

Ronaldo captured hearts when he introduced the twins on his social media accounts with the caption of a photo of himself cradling the napping duo, “So happy to be able to hold the two new loves of my life.”

Recently, the proud papa posted a photo of himself and 7-year-old son Cristiano Jr. cuddling the twins.

He has remained mum on who the children’s moms are but we know one for sure, now! Congrats Georgina and Cristiano!