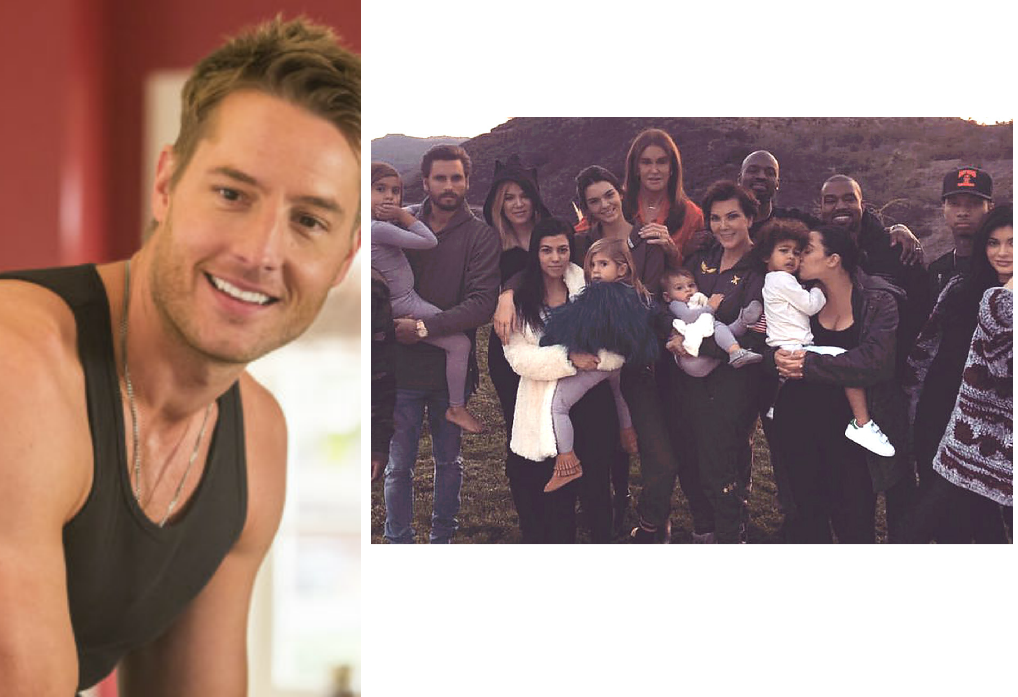 Can we talk about how the NBC show This Is Us predicting the Kardashian-Jenner baby boom per several outlets like TV Guide, E! , PEOPLE magazine, and US Weekly?

In the premiere episode of the hit show, one of the triplets, Kevin Pearson (Justin Hartley), tells his Kardashians-loving ex-wife Sophie (Alexandra Breckenridge) who he is now re-courting that he planned to take her to a cafe the Kardashians frequent.

Sophie squeals in disappointment because she has to cancel the trip to meet Kev who has since relocated from New York back to California to work on a Ron Howard film. Her mom is ill.

To make Sophie feel better, Kev tells her, “”Well, listen, the Kardashians aren’t going anywhere, I promise. They’re like gremlins. By next week, there will be like a bazillion more of them.”

Now we don’t like to compare adorable babies and children to gremlins but we must admit the remark was quite prolific!

Meanwhile, in a teaser for the  upcoming season of Keeping Up with the Kardashians, Kim Kardashian–West reveals that she is expecting a third child.

Meanwhile, multiple sources close to the family confirmed to PEOPLE on Friday that Kylie Jenner is expecting a baby girl, due in February, with her boyfriend Travis Scott.

By Jeneba Jalloh Ghatt
Justin HartleyKardashians-JennerKevin PearsonKhloe kardashianKim Kardashian Westkylie jennerThis Is Us
Why It’s Worth Fighting For Short Hair With Your Little Guy
Study: Being Popular Causes Kids to Be Mean to Others