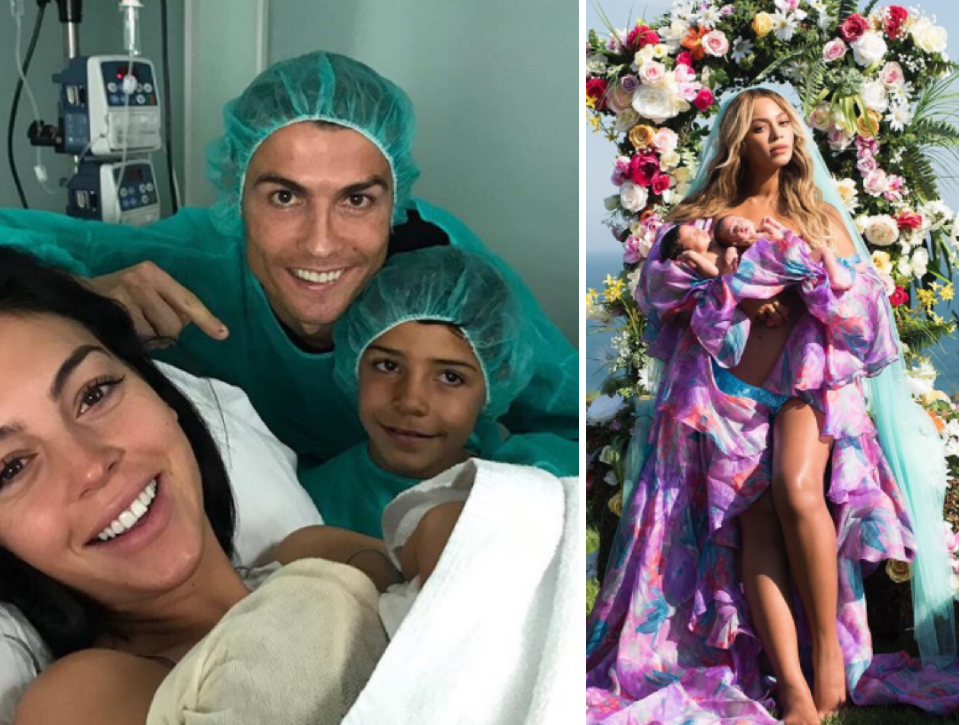 This photo of himself with his girlfriend Georgina Rodriguez shortly after the birth of their first child together, Alana Martina, with Ronaldo’s son, Cristiano Jr peering on, garnered the number 2 most liked photo so far: over 11 Million

The photo with him and his twins he welcomed via an anonymous surrogate mom from earlier this year  is in the top 10 at #5: 8 million and counting!

So happy to be able to hold the two new loves of my life ?❤

He is also #8 with another family photo from before Georgina started showing:

And at 10 Million is also #4 with her photos with herself and the birthed twins as 1-month old newborns: Siri and Rumi: