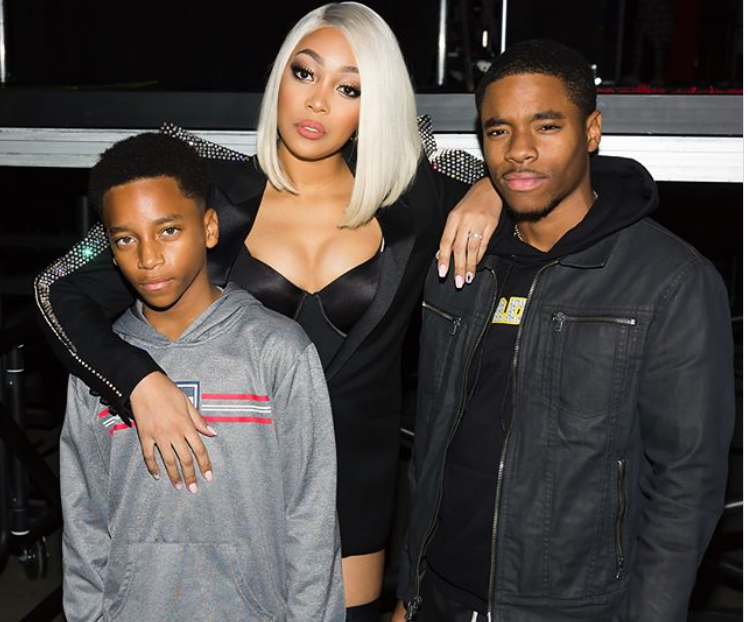 The site quoted a backstage snoop at one of “The Boy Is Mine” singer’s recent concerts who overheard Monica telling another friend that her daughter Laiyah asked her to dye her hair blue because she thinks her mom is having a baby boy.

Brown, who is married to NBA player Shannon Brown, has yet to confirm the news and is keeping the news to herself and close family until she is further along.

If it is a boy (or twins, some sources say she is expecting two), then it would be her third son. She has  a 13-year old son, Rocko and 10-year old son Romelo with her ex,  rapper Rodney ‘Rocko’ Hill.

This would be her second child with Brown, a former Cleveland Cavalier player who currently plays for the Wisconsin Herd.  In a recent photo of Monica with our more recent Bumpwatch alum, Blac Chyna, she wore a top that seemingly revealed a sizeable baby bump.  Time will tell.