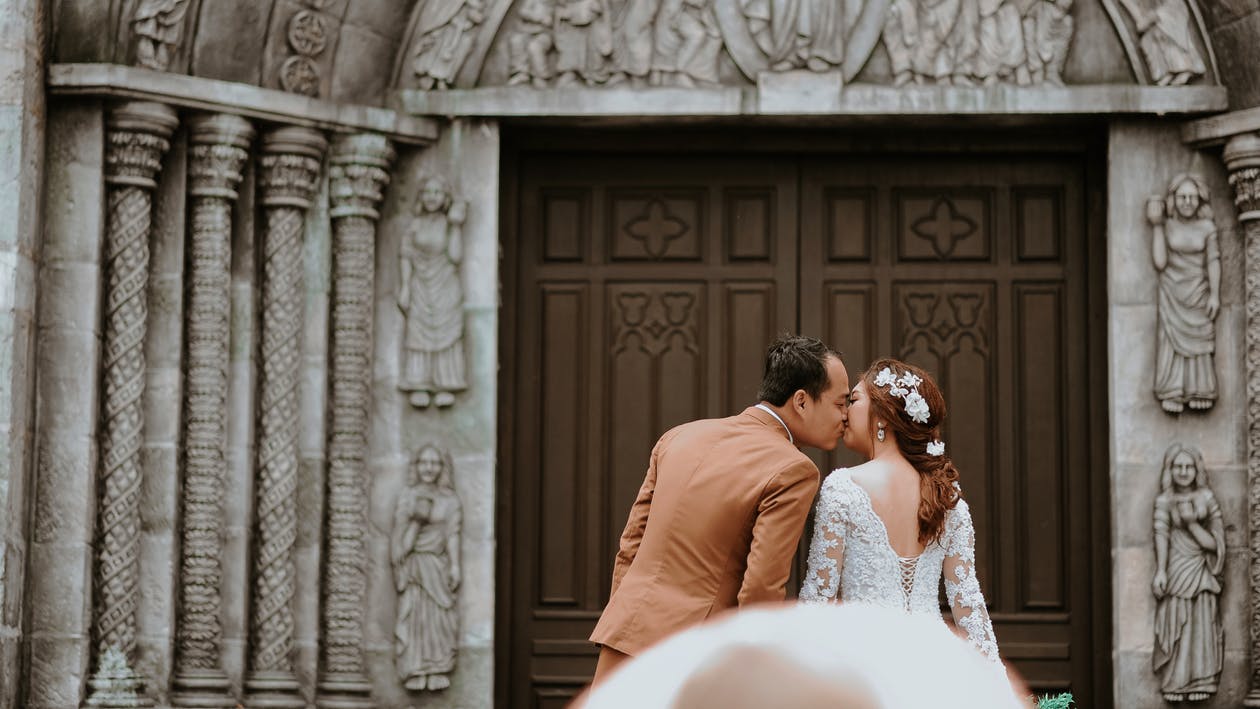 With the divorce rate in America affecting around half of all marriages, it’s clear that building a successful, long-lasting union isn’t easy. When partners come from two different faiths, the challenges can be even more daunting. With love, respect and a healthy dose of compromise, however, interfaith marriages can be both successful and happy. If you’re in an interfaith marriage or relationship, here are some things to keep in mind:

Interfaith unions are most successful when both spouses remain committed to facing the unique challenges that dual-faith marriages present with honesty and integrity. Although open communication about differences in faith should begin before marriage, it’s never too late to start the conversation. In A Non-Judgmental Guide to Interfaith Marriage, Rabbi Steven Carr Reuben encourages communication by reminding couples that “You won’t stop loving each other if you talk about your religion.” It’s important to remember that love is one human quality that practitioners of every religion value. If you’re nervous about talking to your spouse about faith, that’s OK. Tell him you’re nervous and that you’d like to talk about some serious matters, but you don’t know how or where to start. The more open you are, the better it will go for the both of you.

Learn About Each Other’s Faith

In the book Interfaith Families: Personal Stories of Jewish-Christian Intermarriage, Jane Kaplan stresses the importance about learning about your spouse’s religion as a way to develop mutual respect. Asking each other questions is not only a learning experience, but a way to determine the depth of commitment that each partner has to the faith. Bringing the extended family into the conversation may also be helpful, as long as everyone promises beforehand to treat each other with courtesy and respect. As always, open and honest questions are the best way to go.

Offer Education and Choices for Children

Any discussion about having and raising children should include a conversation about religion, particularly as it pertains to education. Couples need to decide how important it is to them that their children be educated in two religions, one faith, or none. Because the decision can influence the schools and childcare facilities that parents choose for their children, couples need to make clear choices early on in the marriage. Whatever choices you make, it’s critical for the well-being of your children that you and your spouse present a united front. A show of mutual respect is a valuable life lesson that will serve your children well as they grow into adulthood. Answer your child’s questions, encourage him and help him learn how to make his own decisions.

When discussing how involved each spouse wants to be in his or her chosen faith, holiday observances should be included in the conversation. For some people, religious observances are so linked to holidays that celebrating without them is unimaginable. Even people who say that religion isn’t important to them, for example, may still find it difficult to enjoy the holiday season without a Christmas tree or a menorah. Couples may discover that it’s enjoyable to include traditions from both sides of the family. It’s likely that the in-laws will appreciate the inclusion of family traditions as well.

Author Naomi Schaefer Riley conducted a national survey of couples in interfaith marriages for her book ‘Til Faith Do Us Part. While findings from the survey did indicate a higher rate of conflict among interfaith couples — which isn’t surprising given the natural struggles such couples face — Riley also found that “marrying someone of another faith tended to improve one’s view of that faith.” A partner in an interfaith marriage herself, Riley encourages couples to take the challenges of a dual-faith partnership seriously, but also to celebrate the fact that they live in a country where they can marry anyone they wish despite their differences in faith.

When it comes to learning to navigate the pitfalls of an interfaith marriage, there are no hard and fast rules. Couples may feel less pressure and enjoy their marriage more by giving themselves permission to try a different approach if the situation warrants it. There’s nothing wrong with changing course midstream if a better solution shows up on the horizon. When it comes to a happy marriage, compromise is much more about finding mutual success than it is about one side admitting defeat.

By Jeneba Jalloh Ghatt
interfaith marriage
Here’s What You Need to Know About the Evolution Of Sleep
International Women’s Day: New Sheros and Inspiring Women’s Dolls From Mattel