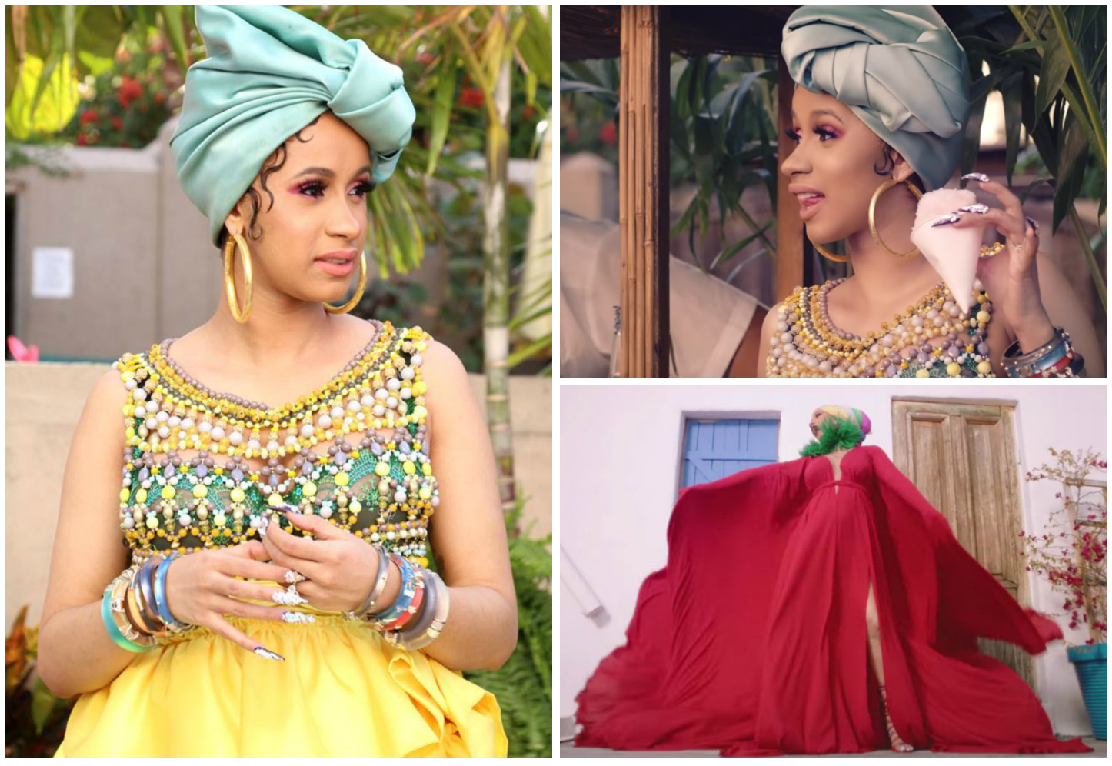 First-time mom-to-be rapper Cardi B  channels the late Cuban legend Celia Cruz in the video for  her hit song “I Like It” featuring Bad Bunny and J Balvin off her first major industry album “Invasion of Privacy”.

The song samples a 1967 song of the same name  by Pete Rodriguez which has also been released by The Blackout Allstars group featuring Tito Puente, Sheila E and Ray Barretto so it makes sense.

The video, directed by Eif Rivera, follows the crew on their festive adventures, jamming in the calle, smoking hookahs, clubbing and living their best lives! It’s a great set up to be a summer banger!

Fashion wise, the “Bodak Yellow” hit maker wears a large flowing red empire waist gown that reveals her bump. There is heavy turban use which is also trending and lots of color! Love it!

The hard working pregnant lady just released another video a couple weeks ago for her song “Be Careful” which is a vendetta-esque Western theme. There’s a wedding and a funeral in it and the song is about infidelity and a woman fed up with her man’s wandering and unfaithful ways.

“I Like It” is currently number nine on the iTunes charts, but is  already on  the top ten of the Billboard Hot 100 charts. The music video is the number one trending video on YouTube and already has over 10 million views.

Peep the videos below (NOTE: some strong language):