In America, 328 parents have decided to name their child, “ABCDE”, pronounced, AB-si-dee”, according to the  Social Security Administration database which has existed only since 2014.

One said child and her mom Traci Redford were pre-boarding a Southwest Airlines flight in Orange County going home to El Paso, Texas when Redford overheard an airline employee mocking her daughter’s name.

According to news affiliate ABC7 in Los Angeles. The Redfords were preboarding — as they usually do because Abcde is epileptic — when the Southwest Airlines gate agent started laughing and pointing at the child and making fun of her unique name to fellow airline employees. “I turned around and said, ‘Hey, if I can hear you, my daughter can hear you, so I’d appreciate if you’d just stop,’” Redford told ABC7.

Redford said her daughter asked her, “‘Mom, why is she laughing at my name?’” then replied. “‘You know, honey, not everybody is nice. And not everyone’s gonna be nice, and it’s unfortunate,’”

The employee took a photo of the girl’s boarding pass and posted in on Facebook. That’s when a social media user told the mom of the posting after reporting it to Southwest. The airlines issued an apoloyg ot the mom after she filed a formal complaint but failed to get a response for two weeks.

“We extend our sincere apology to the family. We take great pride in extending our Southwest Hospitality to all of our Customers, which includes living by the Golden Rule and treating every individual with respect, in person or online. The post is not indicative of the care, respect, and civility we expect from all of our Employees. We have followed up with the Employee involved, and while we do not disclose personnel actions publicly, we are using this as an opportunity to reinforce our policies and emphasize our expectations for all Employees.”

She took it to ABC7 which got nationwide attention, but most people online are blaming the mom for giving her daughter that name. Click to read the commentary:

What do you think? 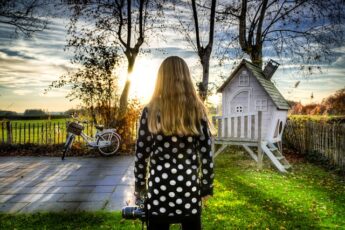