Ten years ago, a Beverly Hills doctor who shared Suleman’s Iranian descent,
Dr. Michael Kamrava,  implanted 12 embryos  reportedly fertilized by one anonymous donor. The procedure was then and is now considered unethical by modern practitioners. Eight of the 12 survived the birthing process: Noah, Jonah, Josiah, Makai, Nariyah, Maliyah, Jeremiah and Isaiah. (Cute that ll the kids’ names end in “ah”.)

“I was selfish and immature,”  Suleman, now 43, told the New York Times in a new recently-published reflection feature, that isn’t that empathetic to her story.

“I never wanted the attention,” Suleman said, accusing hospital staff of breaching her personal medical records and selling her out to the media: “There were helicopters flying over the hospital while I was giving birth.”

She declared: “I have PTSD from all the reporters coming in over the years. I would take whatever I could back in the days, and I would let them in. I was spiraling down a dark hole. There were no healthy opportunities for Octomom. I was doing what I was told to do and saying what I was told to say. When you’re pretending to be something you’re not, at least for me, you end up falling on your face.”

Though she capitalized off her plight, Suleman insists:  “Octomom was media created. I believe most media is filtered and fake. They created this caricature.”

Today, the daughter of an alcoholic father, who insists she had no clue Dr. Kamrava was implanting so many embryos proclaims she is now free: “Once I finally ran away from all of the pretending, I was able to be me.”

Now she is left to parent the kids outside of the spotlight, including the 6 other children she birthed before the octuplets were born.

It isnt’ easy. Because of the risks to multiples, one of Ms. Suleman’s children is severely autistic, another is on the spectrum, and many are small for their age.

But they are surviving. These days, she claims to make money doing international photo shoots, while working as a counselor though also relying on public assistance.

She tells the Times that though her kids do not get flu shots, they are vaccinated and do not get sick.

Overall, the article is not sympathetic or empathetic to her and sort of categorizes her as scattered, not truthful and untrustworthy.

It is not a good look or good treatment but at least we get a decent “where are they now” peek out of it.

By Jeneba Jalloh Ghatt
octoom
After Losing 14 Embryos During IVF, RHOOC Alum Gretchen Rossi and Slade Smiley are Finally Expecting
What Gabrielle Union and Kenya Moore Daly Are Being ‘Mommy Shamed’ About Now 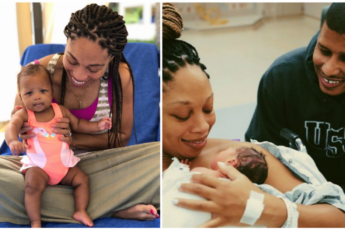