2020 Presidential Candidate Senator Elizabeth Warren is giving me the feels over her recently announced plan to combat maternal mortality and the deplorable way black women in particular are treated when they go to hospitals to give birth in America.

During a an event at Historically Black College Texas Southern University, she said :

“The best studies that I’ve seen put it down to just one thing: prejudice, Doctors and nurses don’t hear African American women’s medical issues the same way as they hear the same things from white women.”

Ok. I’m going to cry! I try not to mix politics with this blog but given this is a public health crisis and an issue that I personally have endured, I’m making an exception.

Warren added to the cheers from the crowd of about 1,700: “I got a plan. I want to talk to the hospitals… in the language they understand: money.”

She then proceeded to lay out her specific plan to have medical providers’ funding be contingent on the quality of care they give to mothers, and specifically to black moms.

A friend of mine recently lost her sister after giving birth. One of her last shares on Facebook had to do with being readmitted to the hospital because the hospital messed up something with her. Now she is gone.

My friend’s sister story, albeit not as extreme, echoes the frustration that even wealthy A-List celebrities like Serena Williams and recently Beyonce Knowles as shared in her Homecoming Netflix special.

TV Judge Hatchett lost her daughter in law to bad treatment of black mothers and her son is on a campaign to change this all. This is 2019.

This is America, the so-called leading nation of the free world.

For me, when I told my OB that I wanted to attempt a VBAC, his demeanor and friendliness towards me stopped because he preferred C-Sections he could schedule around his vacation plans.

When I eventually had to succumb to surgery because my son’s heart rate kept dropping with each push, (same thing happened to Beyonce) I was given excessive anesthesia in the operating room, on top of the heavy dosage I had gotten during my epidural. I thought I was going to literally die because the medication suppressed my body cavity so much that I could not breathe… at all…and no one would listen to my whimper for help.

Thankfully, I did not die, but during post-opp when I buzzed for pain medicine, I was not given it despite my repeated buzzing and fell asleep without being given a new dose and awakened to extreme excruciating pain because of the neglect. I had just undergone major surgery and was literally crying.

I gave birth in one of the most poshest and richest hospital in the city and I was certain my treatment there was uncommon of the other guests that include Princesses and children from heads of states of other nations and political elite.

By now we know that the medical profession do no prescribe pain medicine for black patients, black athletes and children because of racist belief that we have a higher threshold for pain.

The only silver lining on this horrible situation of black people not being given medicine for pain by doctors is that discriminatory underprescribing of pain medicine has meant less black people succumbed to opiod addiction. Yay us, I guess! (Phew)

Overall, the medical profession, hospitals and doctors need training on their bias and how it effects black moms so less of us will die needlessly. 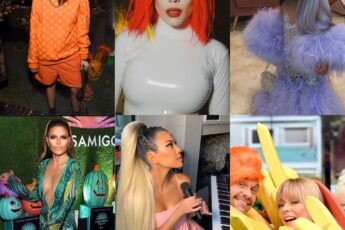