We tend to think of relationship roles as oppressive and demanding. While at times there are aspects where people are taken advantage of in this area, but ultimately having a role helps us get a stronger grip of who we are.

Roles are not demanded by our gender, but we should take on parts in the house and outside the home that makes us feel valuable. Often sharing the exact same workload can be painful in a relationship because we tend to tell the other how to do things, rather than celebrate their individual contributions.

As a society, we naturally feel the need to follow the traditional roles in a marriage. The mother is often tasked with maintaining the household, caring and raising the children, and often running errands as needed. The father role is usually tasked with providing the income and taking care of other household areas that the mother cannot, such as maintenance, yard work, and more.

However, you must remember your marriage does not need to follow society’s views, and for some marriages, they may even do things culturally different.

The most important thing to decide is what works for both of you and is it fair. Some things that can be a team effort may include:

Daily Routines (such as cooking then cleaning up)

There may be some areas that you will gravitate toward more than others, perhaps this is based on your enjoyment or experience.

An example of this may be the man wants to do the yard work because he has a nice mower and enjoys using that time to listen to an audiobook or something.

By allowing him to have that space and task, it will let him contribute to making your yard look great but will also give him an outlet for alone time and the chance to listen to his audiobook. T

his may act as a stress reliever and a form of self-care, which is something you never want to deny your partner.

We get so wound up in the argument of who should be doing what so it’s a great idea to sit down and talk about what needs to get done daily then find ways to work together to split the workload and accomplish them together.

This way, you don’t have one person feeling that they need to give so much more, and the other person has it super easy with hardly any responsibilities on their plate.

It all comes down to finding balance, between each other, and what you want to do regarding encompassing roles. Find out what makes you happy in and out of the house and give yourself the role that makes you feel honored in the home with your spouse. And don’t forget – always make sure to stop and be grateful for one another’s contributions from these roles.

A simple thank you or compliment about what they accomplished can go a long way and feel appreciated, especially when life throws curve balls that make even simple tasks more challenging.

More about Tod and Peter  is Director of the David Robinson Institute for Jewish Heritage in Jerusalem, which he co-founded in 2005. Prior to his current role teaching and counseling his students and alumni, he enjoyed a distinguished career on Wall Street as one of the leading authorities on the telecommunications industry globally. As a managing director at JP Morgan and before that a partner at Sanford C. Bernstein and Company, Tod acted as a frequent commentator on network television and in leading newspapers and magazines and testified several times before the U.S. Congress as an expert on telecom and media issues. 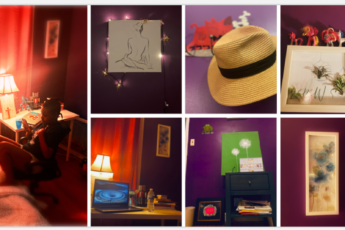