One topic of concern to some mothers with breast implants is whether they present any health risk to their baby through possible contamination of their breast milk. In particular, they ask about whether silicon, silicone gel or platinum used in implants can leak into their breast milk.

Moms should know that silicon occurs naturally. It is the second most abundant element in the earth’s crust. It is thought to be essential for connective tissues and is found in tendons, bone, skin, hair and nails.  Silicon is used as an anti-foaming agent in fruit juice and is found in cosmetics, pharmaceuticals and proshtheses. The only known health hazard results from inhaling crystalline silica dust into the lungs causing silicosis. Silica dust is never used in implants.

Breast implants contain silicone gel, a synthetic polymer made up of silicon, oxygen and other elements, most typically carbon and hydrogen.

Research has reported cases of esophageal dysmotility (slow movement through the esophagus) in infants that were nursing from mothers with silicone implant). Another study reported “rheumatoid-like symptoms” transferred to a child from a breastfeeding mother with silicone implants). However, this study examined only two children.

A larger study did not show any adverse outcomes in infants of breastfeeding mothers with silicone implants. Another study found that there were actually higher levels of silicon in cow’s milk infant formulas than in human milk. (It should be noted that this study was funded by the plastic surgery industry.)

The silicon-containing anti-colic agent simethicone has been widely used for decades and there have not been shown to have any toxic side effects to infants.The American Academy of Pediatrics therefore recommends that mothers with silicone breast implants should breastfeed if they choose to.

The American Academy of Pediatrics Committee on Drugs does not feel that the evidence currently justifies classifying silicone implants as a contraindication to breastfeeding.

Bottom line: There is very little reliable data about breastfeeding with implants. Given that silicon is so abundant in our environment, and that there are overwhelming advantages of breastfeeding we strongly encourage women with breast implants to breastfeed if they wish to.

While the limited evidence available suggests there is little risk from silicon, this may not be the case with platinum, which is used in silicone and saline implants. Platinum is a toxic metal that is especially damaging to early development.

However, there was a significant difference in platinum concentration in the hair, nails, sweat and breast milk in the implant group versus the control group, where no platinum was detected.

The study concluded that women with silicone breast implants had much higher levels of platinum than women without implants whereas saline implants did not contain any platinum. However, the methodology of the study has been questioned.

Bottom Line: Due to the small sample size, more research needs to be done to replicate these findings. However, it does raise some questions about platinum in breast milk. If mothers are concerned about platinum or silicone in their breast milk, Lactation Lab offer custom test kits to measure the levels of the components of their milk, along with recommendations for how to address any concerns.

By Jeneba Jalloh Ghatt
Lactation labStephanie Canale
Your Grocery Budget Stretches Best in These US Cities
Breastfeeding Week: More Women Would Breastfeed If They Ignored People 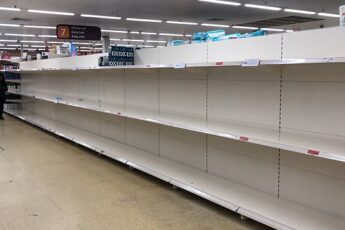