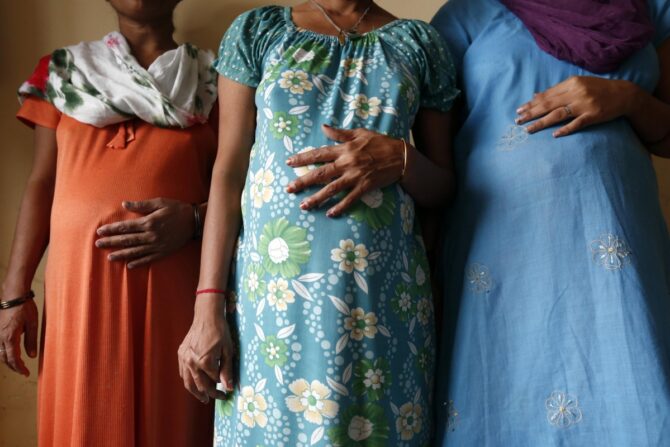 India has long been regarded as the rent-a-womb’ capital of the world because of its barely regulated market that has allowed a reproductive trafficking industry  to thrive, but that may be coming to an end.

“Due to lack of legislation to regulate surrogacy, the practice of surrogacy has been misused by surrogacy clinics, which leads to rampant commercial surrogacy and unethical practices,” a new bill banning surrogacy in most cases reads.

Womens rights groups have called out these ‘baby factories’ for benefiting mainly the rich at the expense of  poor, uneducated women who don’t understand the impact of surrogacy on their bodies and emotions.

A recent study conducted on infertility clinics in New Delhi revealed that a lot of the women are not fully aware of the risks and complications of repeated egg donations and pregnancies.

Last month, the Indian government called this move “the need of the hour” and passed the Surrogacy (Regulation) Bill, 2019, in the Lok Sabha (Lower House of the Parliament), which has put in place strict conditions on what constitutes legal surrogacy in India.

In India, the surrogacy market is thriving. Commercial surrogacy was legalised in 2002, though it was later banned in 2018. Surrogate mothers in India reportedly earn anything between Rs 4,00,000 to Rs 1.2 million (US$5,628-16,885) per birth, depending on the location and the clinic. But the proposed bill wants to ensure that this booming industry comes to an end.

The proposed bill only allows those Indian couples who have been legally married for at least five years, to opt for surrogacy. Additionally, the surrogacy will only be allowed for “altruistic” reasons for the married couple, who should be aged between 23-50 (for female) and 26-55 (for male). The surrogate mother herself should be a “relative” to the couple, along with being “an ever-married woman having a child of her own and between the age of 25-35 years”.