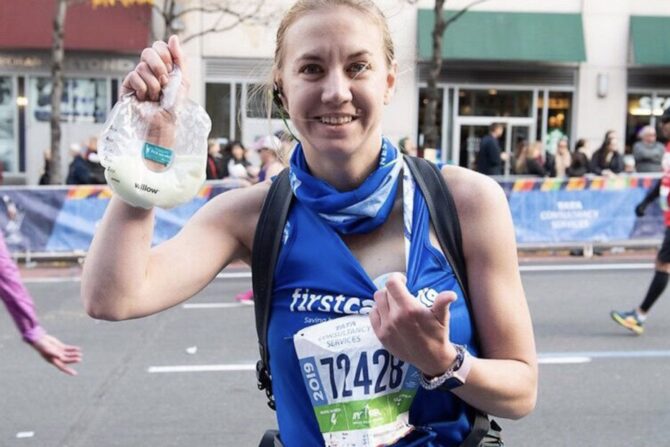 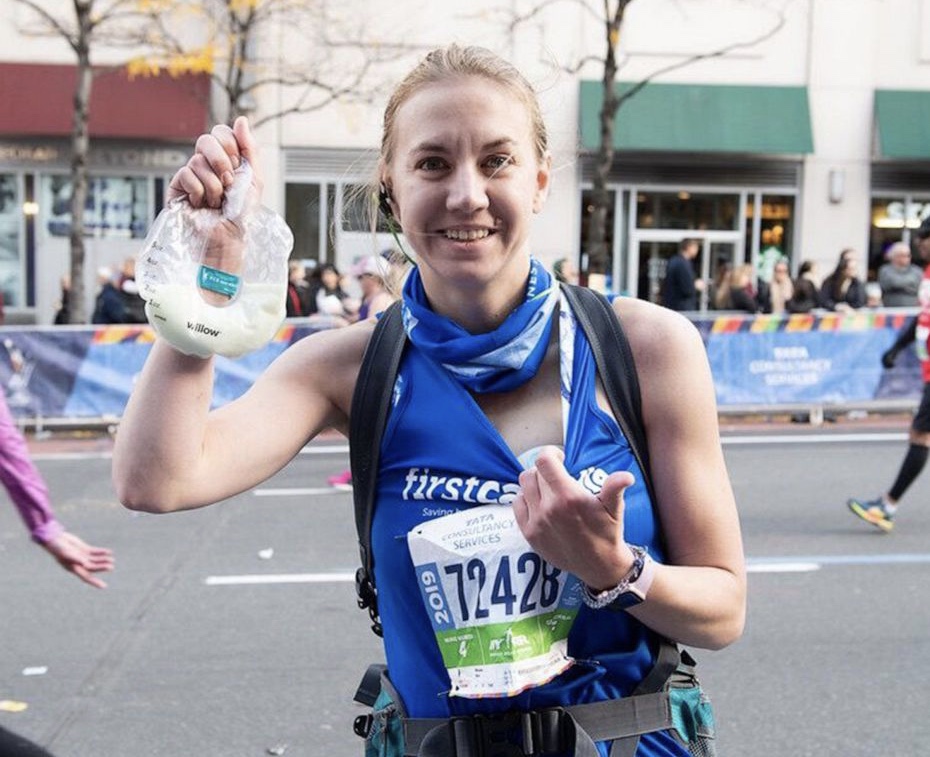 An amazing nursing mom completed the New York City marathon two weeks ago in 6 hours and 46 minutes and pumped breast milk along the 26.2 miles trek!

Molly Waitz, who is from that state, told ABC News that she was able to pump and run by using  a wearable device called  the Willow pump which allows women to pump hands-free.

Waitz said she would stop along the route to take out  her full bags of milk and save them in the backpack she wore during the race.

She would then replace the full bags with new ones and kept going.

“I pumped for the first time somewhere between miles three and four and then I did it again right off the Queensboro Bridge, which was mile 16,” Waitz tells ABC News. “I slowed down a little bit to do it but I didn’t really have to. You could do it blindfolded.”

She produced about 20 ounces by the time the race was over!

“I wanted to do the marathon and the necessity was figuring out how I was going to do it,” the mama tells ABC News. “There’s a lot of stigma about how should you feed your child. That’s not what I wanted to get across by doing this.”

At 8 months postpartum, while working full time, Waitz said she wasn’t sure she would be able to run the marathon but persevered and remained determined to find a way.

“I never thought I would [run a marathon] and the fact that I was able to do it while working full-time and caring for my child, it was just unbelievable,” Waitz tells ABC News.

Women are amazing wonders aren’t we? 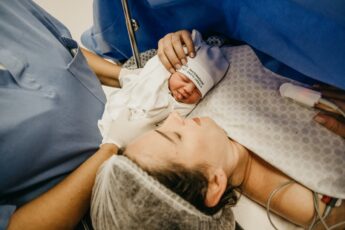