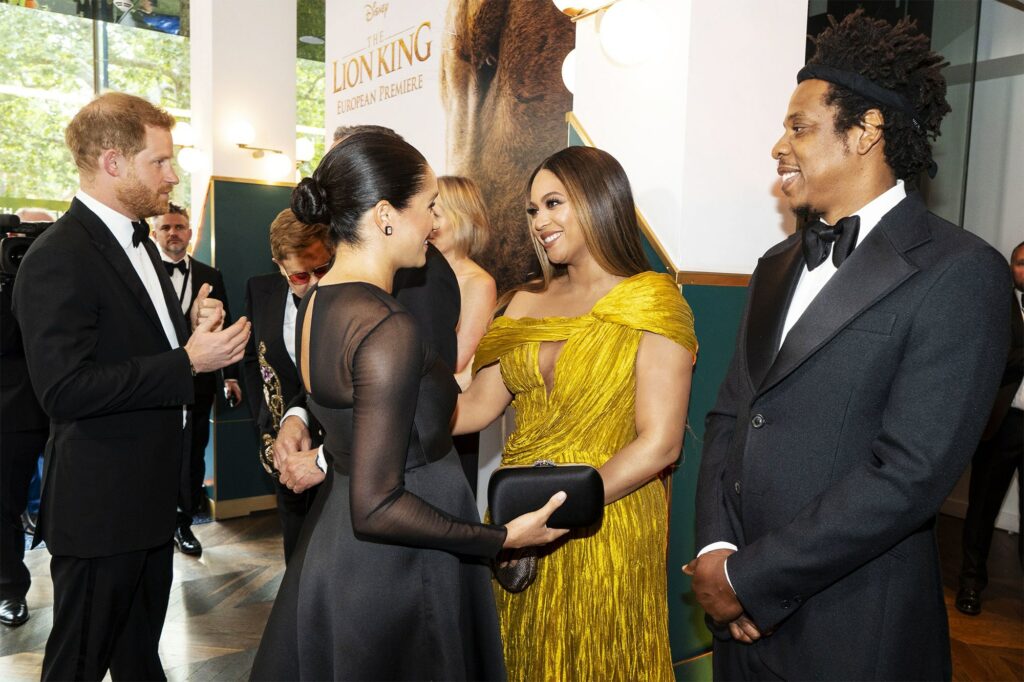 “We are beyond happy to announce that we have become parents to a beautiful and healthy baby girl, Lucia Martin-Yosef,” the “Living La Vida Loca” singer captioned an Instagram photo of himself and Yosef holding their daughter’s hands. “It has been a special time for us and we can’t wait to see where this stellar baby will take us. Both her beautiful brothers and me and [Jwan] have fallen in love with Lucia.”

The “Assassination of Gianni Versace” actor is already a dad, via surrogate to twin boys, Matteo and Valentino, that he welcomed in August 2008.

The couple began dating Yosef, 34, in 2016 and before secretly marrying. Yosef, a Syrian-born Swedish painter and artist, added an identical photo to his Instagram as well!

“We are beyond happy to announce that we have become parents to a beautiful and healthy baby girl, Lucia Martin-Yosef,” he wrote. “It has been a special time for us and we cant wait to see where this stellar baby will take us. Both her beautiful brothers and me and Ricky have fallen in love with Lucia.”

Martin spoke to Giuliana Rancic during the red carpet at the 2018 Golden Globes and assured the T.V. personality that he would have more children even admitting that he wants “four more pairs of twins.”

“I do want a big family, but there’s a lot going on at the moment,” he told Rancic. “We’re going to get ready for many more kids.”

I love this photo of the 2019 Golden Globes prep! Is this the equivalent of the mom glam multitasking shot? I think so!! 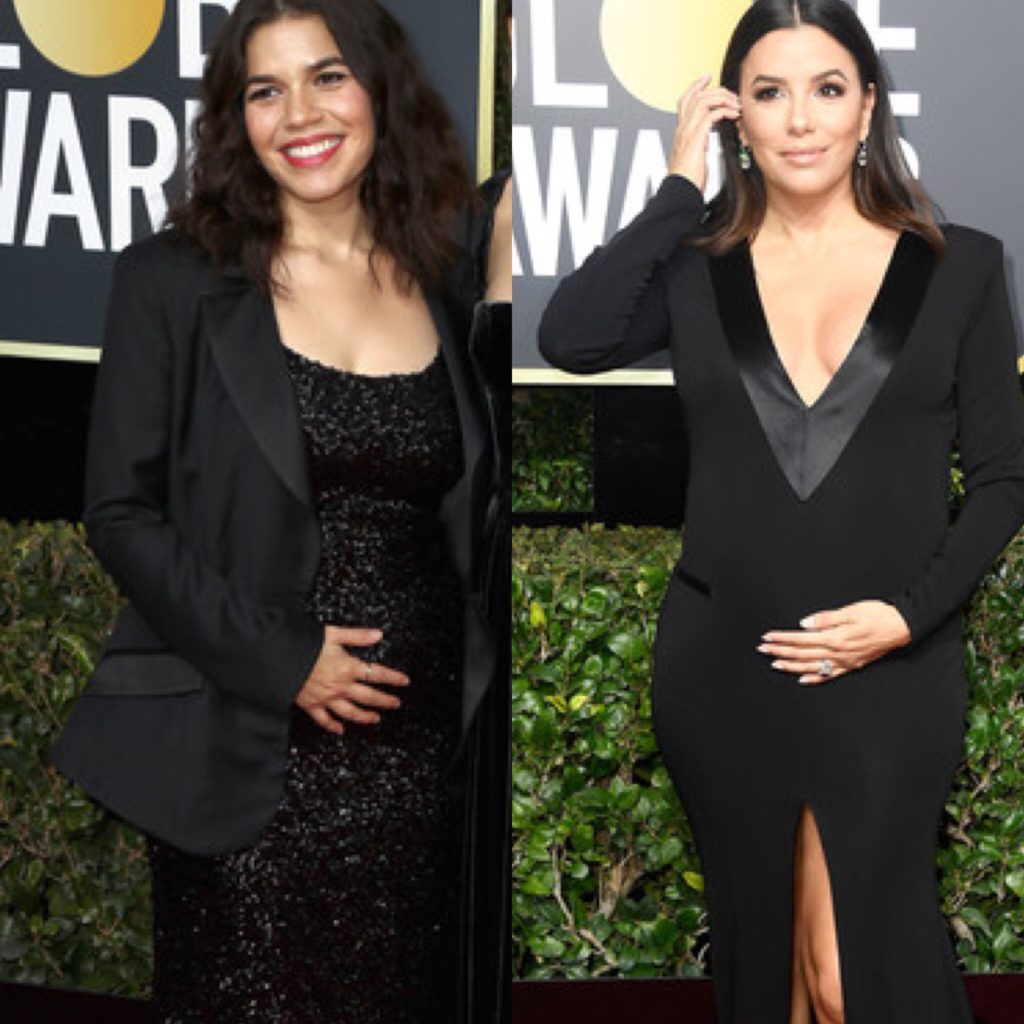 The creative Messeroux, owner of Toddlewood, masterfully rushes out to re-create the celebrity red carpet looks from a high-profile award show or event and quickly outfits everyday kids in close to exact looks.

The results are intriguing transformations. This time, she captured the glamour of the 2014 Golden Globes featuring:

Elba was nominated for Best Actor in the Motion Picture Drama  for his role in the Freedom, the Nelson Mandela biopic and for Best Actor Miniseries or Television Film for his role in the BBC criminal drama Luther.   He didn’t walk away with either Sunday night. There’s always SAG and the Oscars, both coming up where he is also nominated.
Nonetheless, the British actor has much to look forward to with Garth who looked radiant in a black floor-length Tiffany Rose gown.
The designer, which we have  featured before, has dressed our other current Bellyitch Bumpwatch moms-to-be Princess Madeliene of Sweden and No Doubt  lead vocalist Gwen Stefani.

Garth, a fellow Brit and celebrity make-up artist, tweeted to a friend in early October about being very early in her pregnancy.

She later deleted the account.
Despite being seen out and about at various events with Garth sporting a noticeable bump, Elba who stars in this Summer’s Thor  only confirmed the news  two months later in December.
This will be their first child together.  Elba has an 11-year-old daughter named Isan from his marriage to ex-wife Dormowa Sherman. They live in Atlanta.
Garth reportedly attended Waldegrave School for Girls in London, then West Thames College in West London., Hello Beautiful  recently noted., adding that Garth’s career in make-up artistry started with humble beginnings at local mall counters. She worked her way up in the business to eventually to work on the faces of Jamie Oliver, Rupert Everett, Simon Bird, Freddie Fox, and Elba, hence how they met.

The soft pink lips were well set off with subtle nut brown lids.

“I have the best date of the night — my little accessory,” Washington said of her bump in a brief interview with Ryan Seacrest during E!’s red carpet pre-show.

The mom-to-be is up for a Globe for the Best Performance by an Actress in a Television Series-Drama at the event held at the Beverly Hilton Hotel  in Beverly Hills, California.
Washington and new husband of under a year NFL player Nnamdi Asomugha are expecting their first child after marrying last June 2013 in Idaho.

Rumors began in September that the couple were expecting starting on last year’s Primetime Emmy Awards red carpet when interviewers took note that she refused to answer questions and appeared a bit green.
Tonight’s belly caressing pose confirms it! She should be between 6 to 7 months along based on reports.
Congrats!
photos: Zimbio