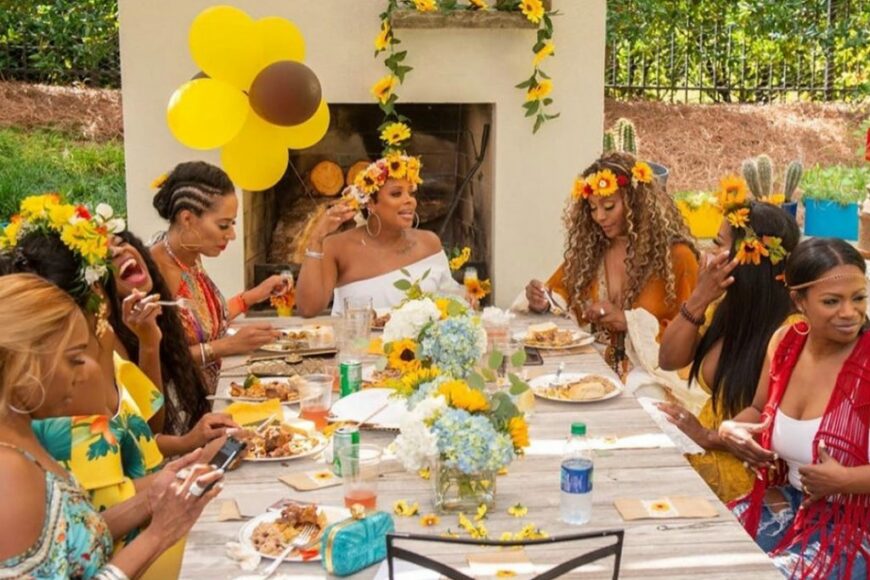 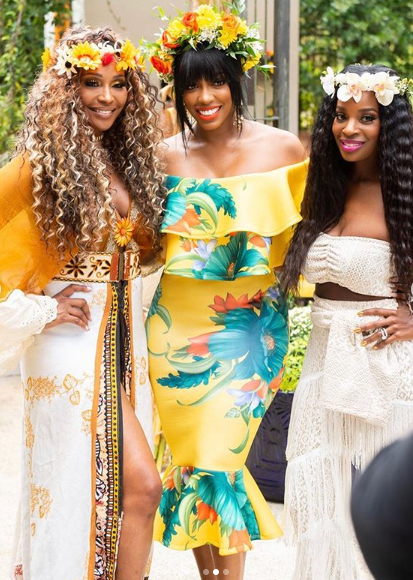 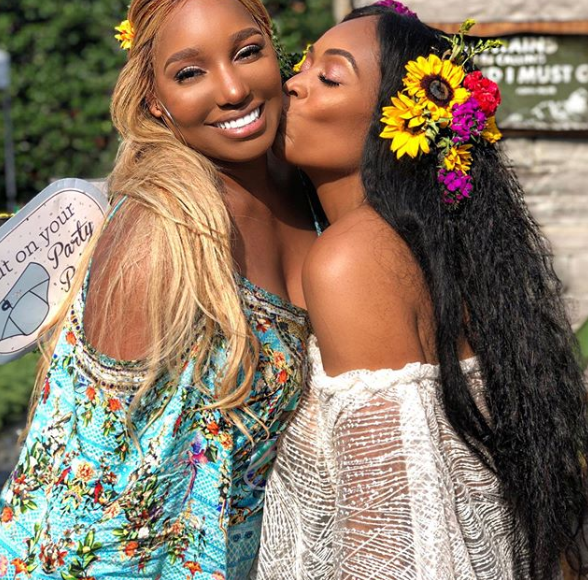 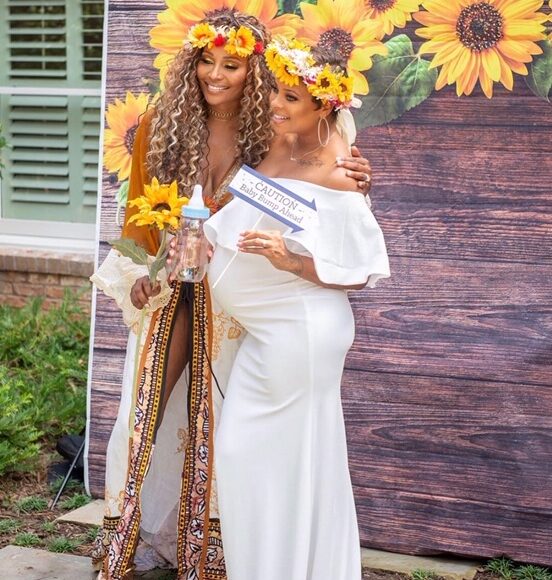 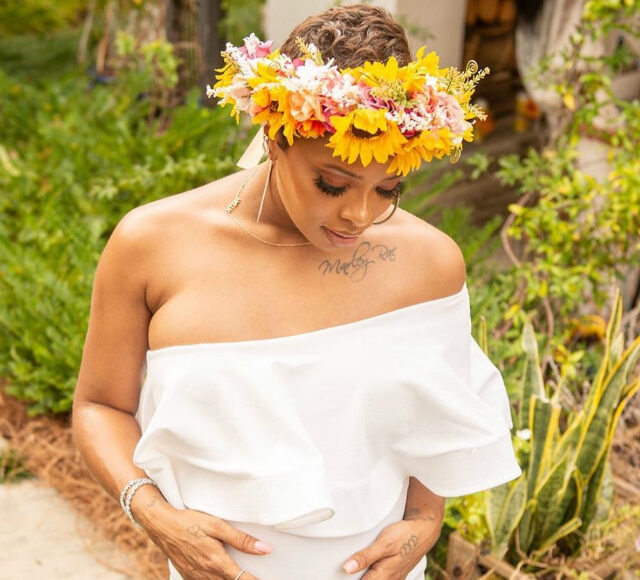 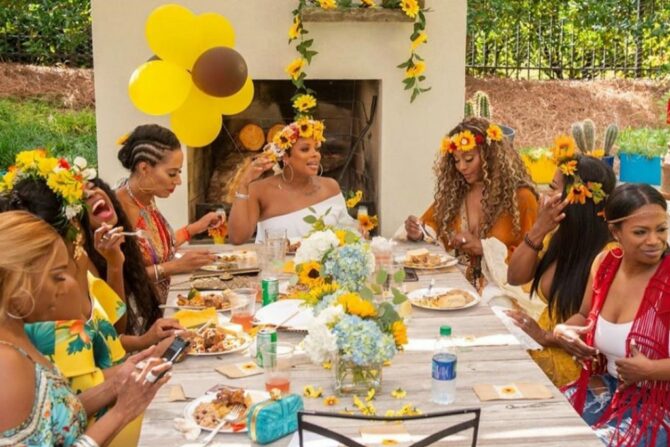 The Realhousewives of Atlanta star Eva Marcille celebrated the impending arrival of her third child with an intimate Flower themed garden baby shower over the weekend.

Her BRAVO TV co stars Cynthia Bailey, Nene Leakes, Porsha Williams, and friends of the housewives Shamea Morton and Marlo Hampton, along with Cynthia’s sister and occassional guest on the show Mal Bailey, all joined in the fun to celebrate Baby Maverick, the chosen name Marcille and her husband, attorney Michael Sterling, have selected for their second child together.

“Pardon me I must say initially I was not super excited about having a baby shower considering this is my third child,” Marcille captioned a stunning Instagram photo of herself o the big day. “However, waking up this morning I’m super excited and it is my joy to celebrate the welcoming of my newest Flower Child ‘Baby Maverick.’ The Sterling clan gets a little bit bigger.”

Her co-stars and other guests also posted pics of the event.

My shower was so bomb!!! So much love, so much support!!! Just a few pics but so many more memories???

We celebrated a sunflower? @evamarcille

what you guys don’t know is that i have to stay as far away from @porsha4real as possible when we are in the circle. she is terrible! all she do is cut up with me & make me laugh. about everything & nothing! seriously, i just refuse to even sit next to her at this point. love this crazy lady???? and yes, I have on black bikini bottoms y’all! not just in these streets naked?? #pjmama #flowershower #evasbabyshower #peace my look: @adorning_impact @tanyamariethedesigner

My love, My Ace, My Girl @cynthiabailey10 words can’t express my appreciation for our friendship. I adore you on so many levels and I’m so happy to call you my FRIEND? love you to the moon and back #MaverickSterling #FlowerShower

Just making sure flower child knows what the Leakes gav’em?? 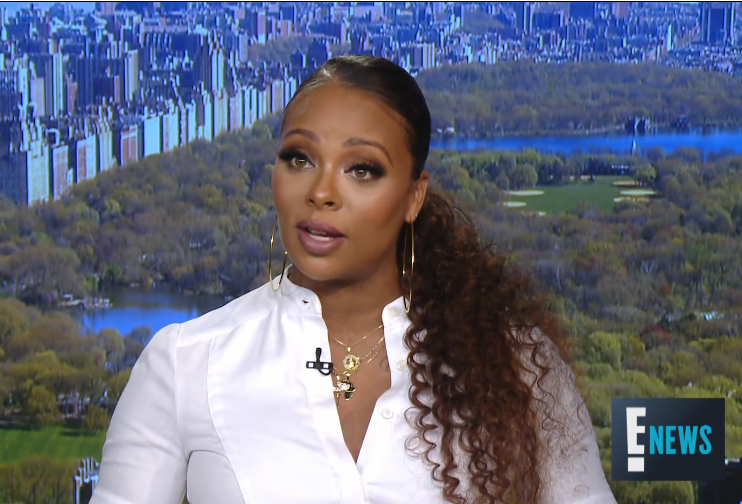 Congratulations are in order for Eva Marcille!

The Real Housewives of Atlanta star and America’s Next Top Model alumna has welcomed her first child with fiancé Michael Sterling.

“All praises be to God!” the proud mom shared with her 1.9 million followers on Instagramwhile revealing her son’s arrival this evening at 5:59 local time.

Eva is also a proud mom to a daughter, Marley Rae, from a previous relationship. Throughout her pregnancy, Bravo’s newest reality star documented her journey to motherhood for the second time.

In fact, she revealed details about her “Prince Michael” themed baby shower held at 433 Bishop in Atlanta. 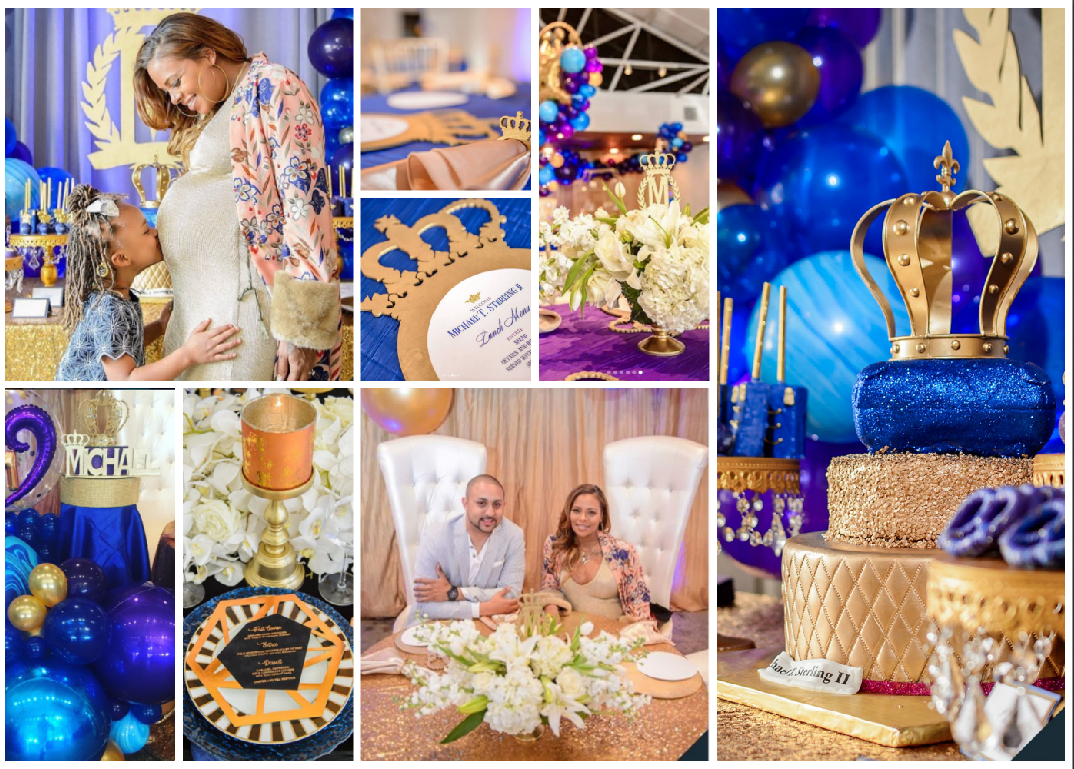 Bravo TV‘s Real Housewives Eva Marcille and her fiance attorney Michael Sterling celebrated the impending arrival of their first child together at a Royal-themed baby shower this past weekend. The event was covered by US Weekly this week.

The couple also announced the name of the baby at the event, Michael Sterling II.

Marcille enlisted the help of her longtime friend Andrae Crenshaw from Drae Shaw Entertainment who hosted the bash at Atlanta venue 433 Bishop in near the Buckhead neighborhood.

The official Videographer Thomas Vision Films shared a teaser on his IG page:

A post shared by Atlanta Wedding Videographer (@thomasvisionfilmswed) on Mar 23, 2018 at 9:52am PDT 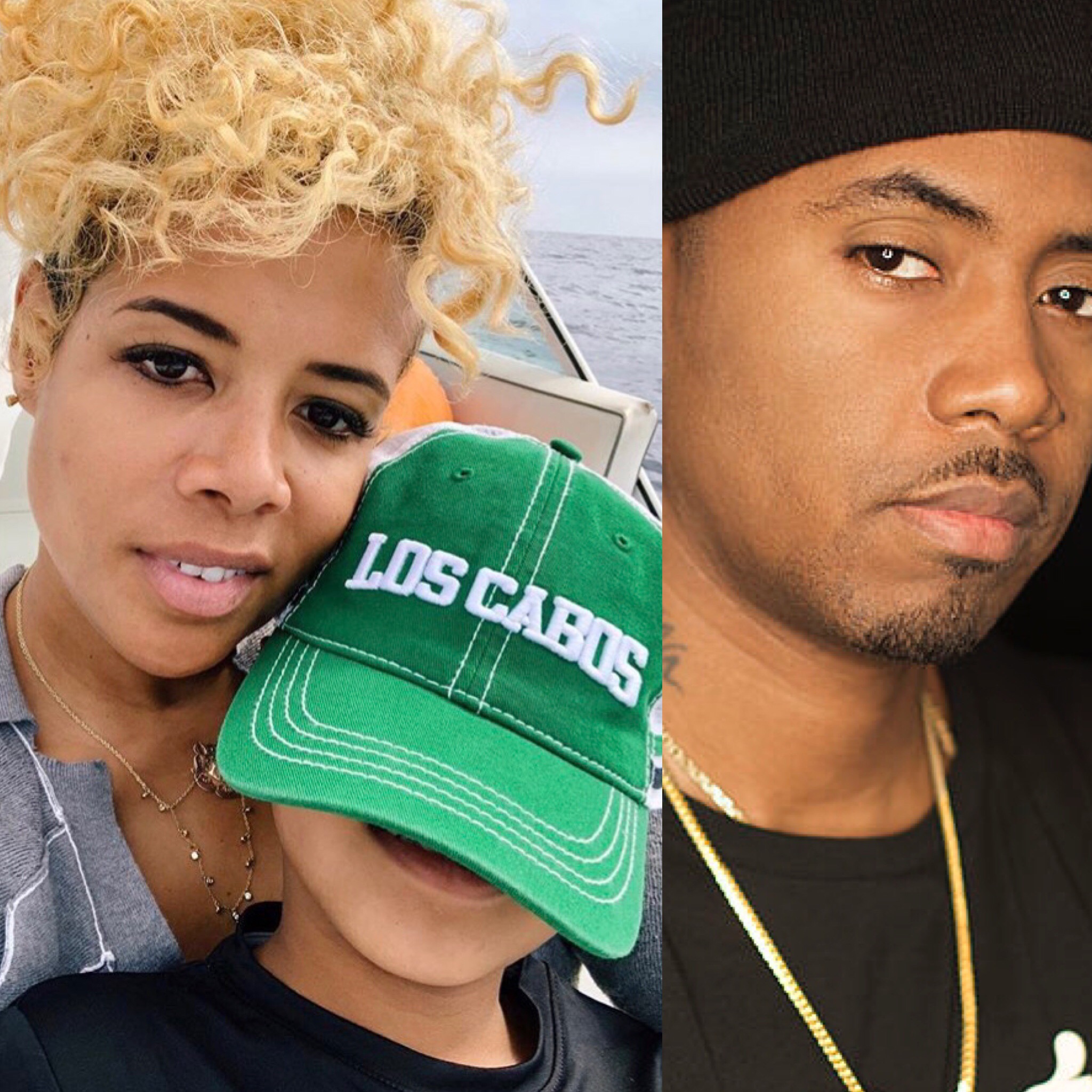 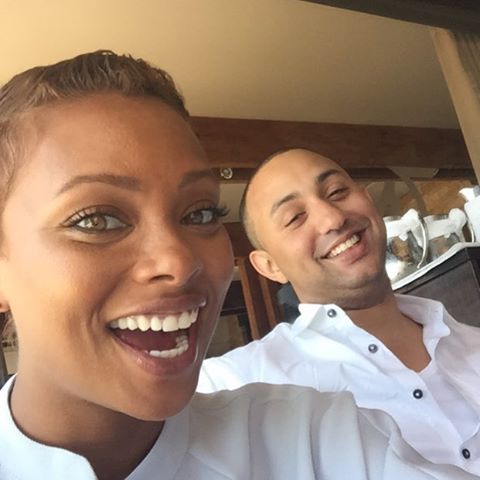 “I said yes!!!!” the gorgeous actress and model captioned a selfie while showing off a gorgeous diamondpp engagement ring.

Marcille will be featured as one of the newest Real Housewives Of Atlanta later during the season.

The Girlfriend Confidential: LA reality TV show star and Sterling have been together for over a year. The alum also took to Instagram to announce the baby news.

”We’re Expecting!!! 5 months in and we couldn’t be more excited!!! @miketsterling gets a mini me and #Marley gets a sidekick,” the Born Again Virgin alum excitedly shared on Instagram on November 21.