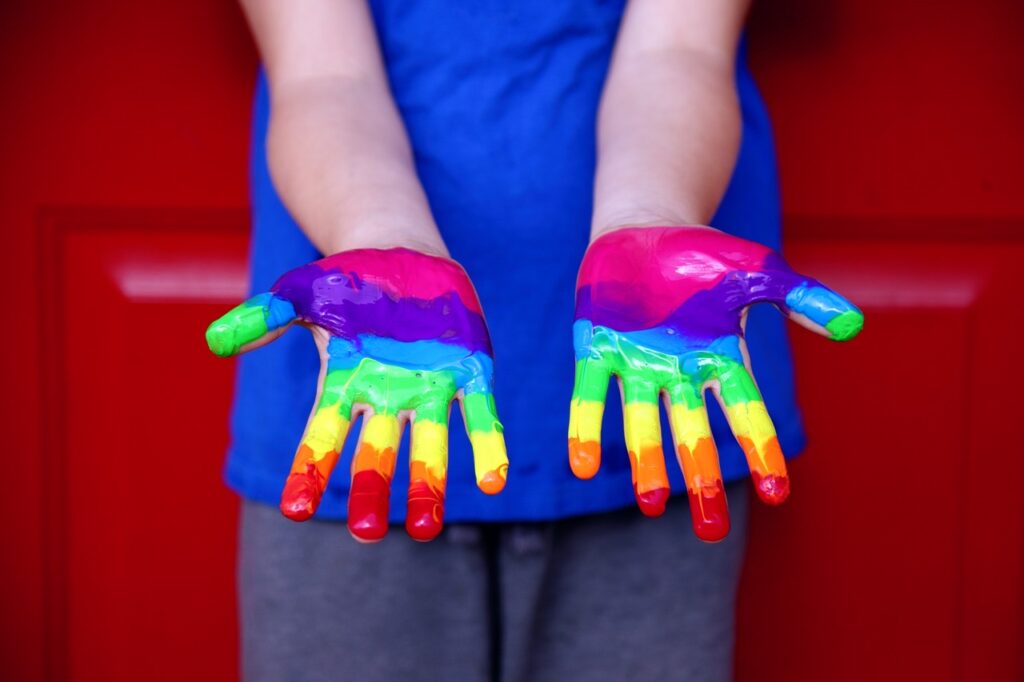 With Martin Luther King Jr. Day around the corner and 58 percent of Americans saying race relations are “generally bad,” the personal-finance website WalletHub today released its report on 2020’s States with the Most Racial Progress as well as accompanying videos.

To measure America’s progress in harmonizing racial groups, WalletHub measured the gaps between blacks and whites across 21 key indicators of equality and integration in each of the 50 states and the District of Columbia.

This report examines the differences between only blacks and whites in light of the high-profile police-brutality incidents that sparked the Black Lives Matter movement. 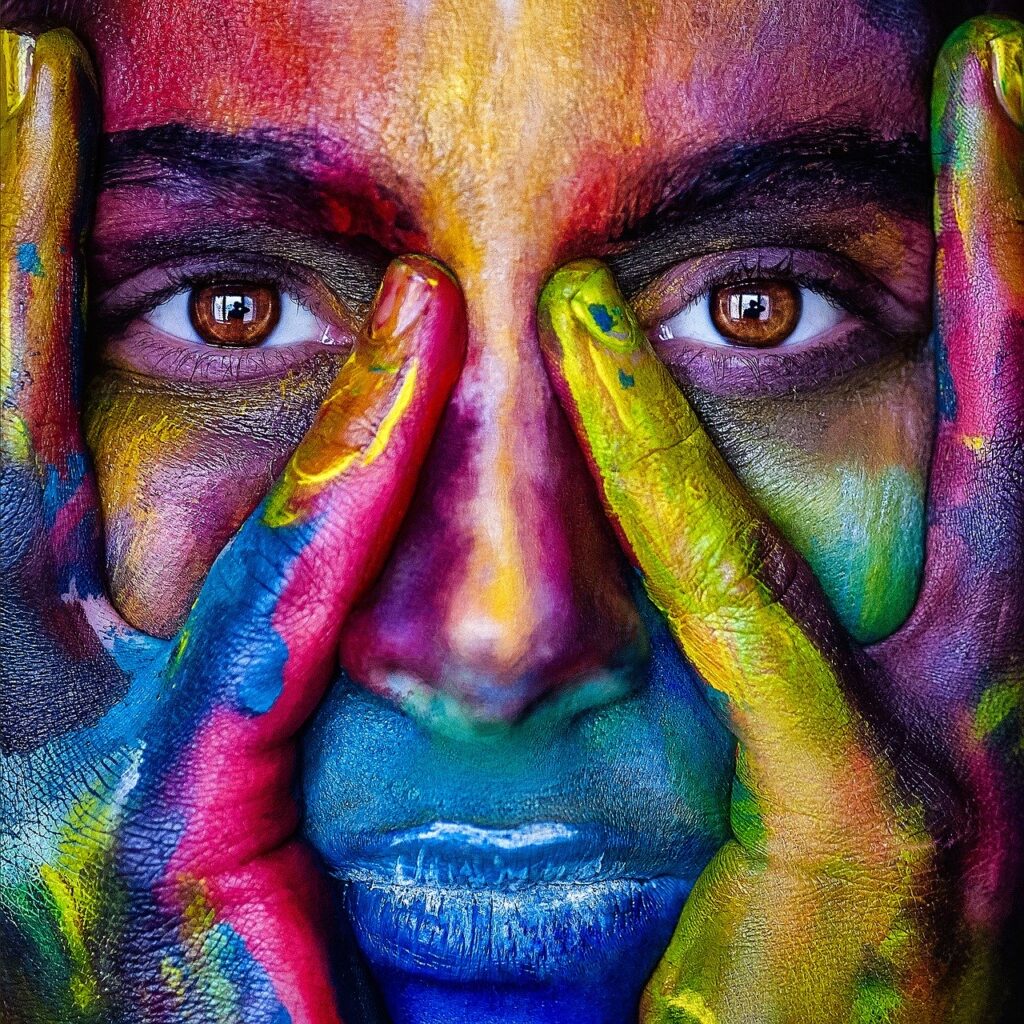 To view the full report and your state or the District’s rank, please visit:
https://wallethub.com/edu/states-with-the-most-and-least-racial-progress/18428/ 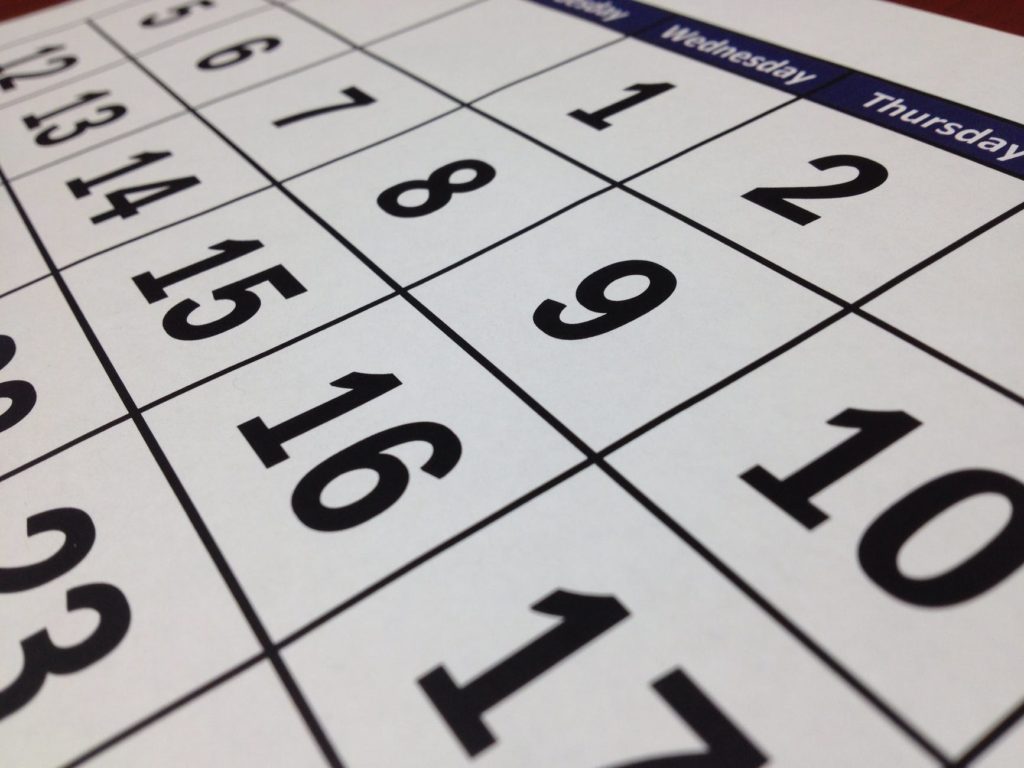 Labor Day is coming up, the holiday to celebrate the worker. However, in modern days, the day is looked at as another day off from work  or school and also for mattress sales! Really!

WalletHub’s Best Labor Day Deals & Sales report gives shoppers a roadmap to savings. Its Labor Day Fun Facts report helps to educate and entertain consumers with stats on all aspects of the holiday – from hotdogs and history to financials and 5Ks.

You can find highlights from each below:Best Labor Day Deals & Sales 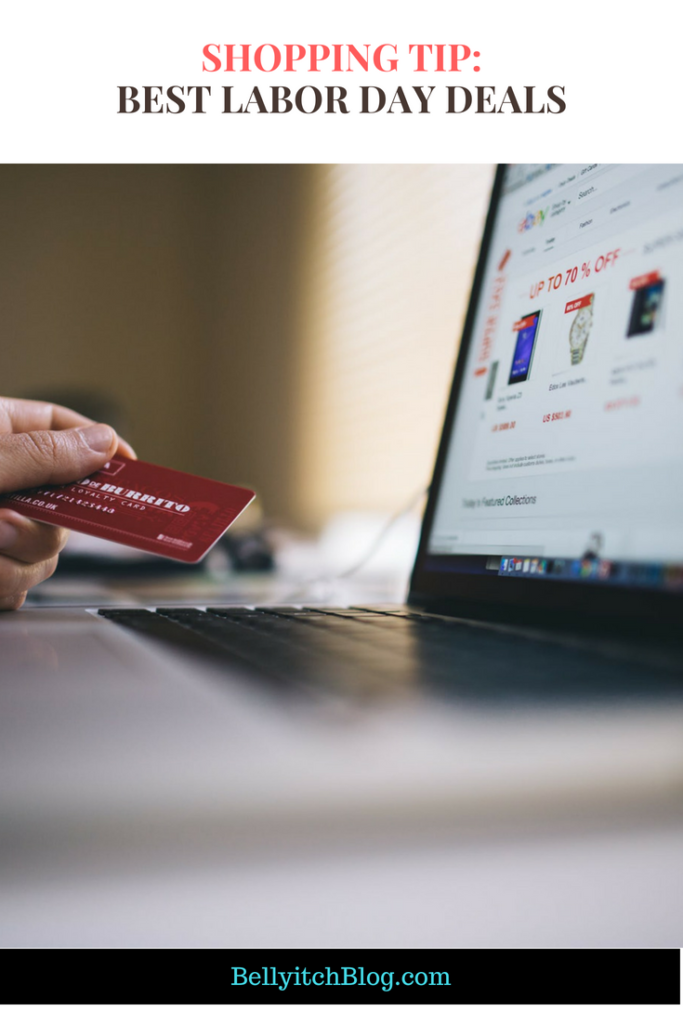 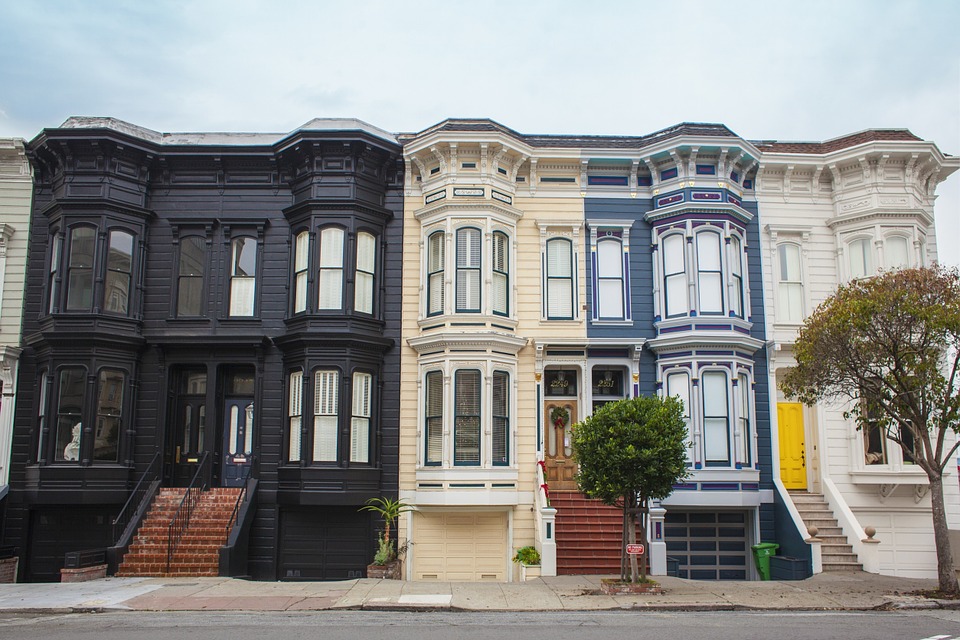 July is one of the top months for buying a home.  In 2017, close to 40%  single-family homes purchased by first-time buyers were made in July. To commemorate the month of home-buying,  personal finance website WalletHub took an in-depth look at 2018’s Best & Worst Cities for First-Time Home Buyers.To determine the most favorable housing markets for first-time buyers, WalletHub took the pulse of real estate in 300 cities of varying sizes using 27 key metrics. The data set ranges from housing affordability to real-estate tax rate to property-crime rate. If you’re in the market for a new home before you start packing your boxes and making the big move, check out these best and worst cities for first-time buyers.

To view the full report and your city’s rank, please visit:https://wallethub.com/edu/best-and-worst-cities-for-first-time-home-buyers/5564/ 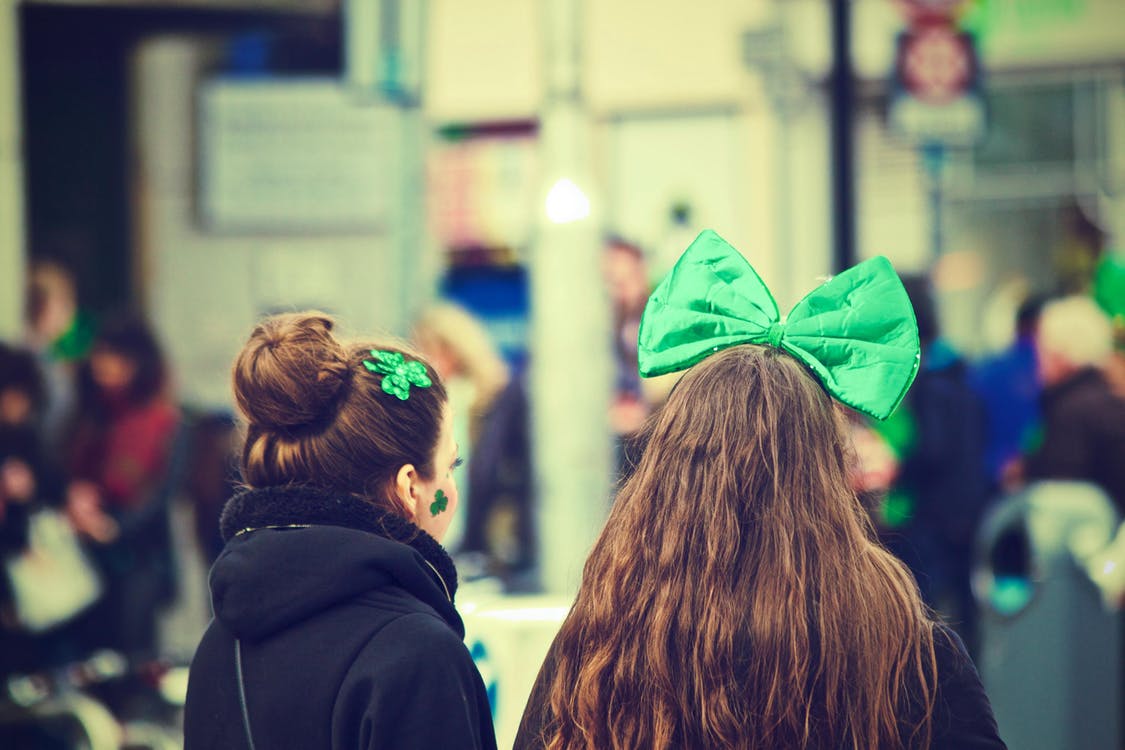 With St. Patrick’s Day fast approaching and March being Irish-American Heritage Month to honor the 33.1 million people in the U.S. with Irish ancestry,  a couple years ago, the personal finance website WalletHub took a close look at  Best & Worst Cities for St. Patrick’s Day Celebrations.

To find out which cities are the best for celebrating literally the greenest holiday in the U.S., WalletHub’s number crunchers compared the 100 most populated cities across 17 key metrics, ranging from “number of Irish pubs and restaurants per capita” to “lowest price for a three-star hotel on St. Patrick’s Day” to “weather forecast” for the holiday.

To read the full report and to see where your city ranks, please visit:
https://wallethub.com/edu/best-worst-cities-for-st-patricks-day-celebrations/19603/ 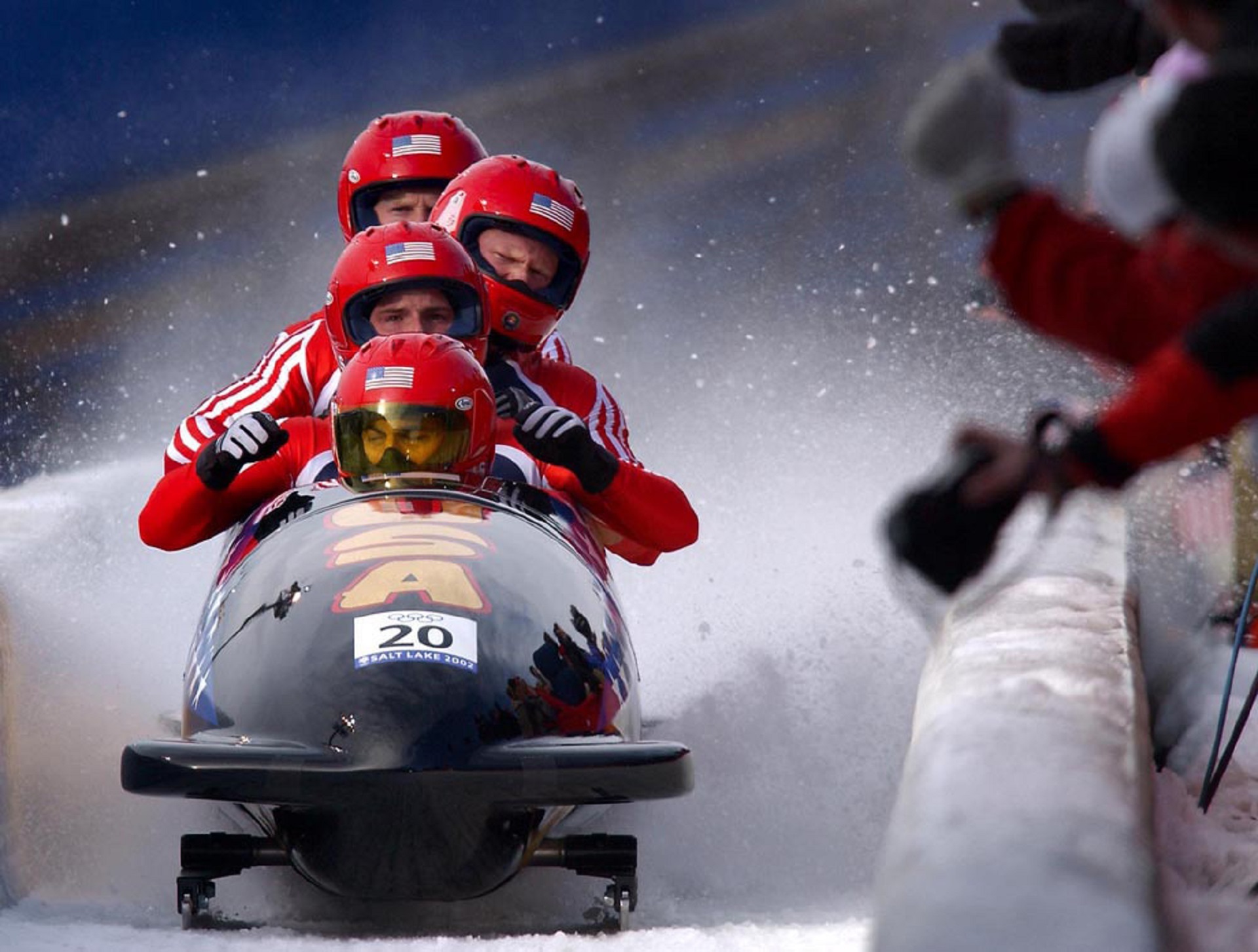 Today launches day one of the 2018 Winter Olympics.

Check out these interesting facts and statistics in the infographic provided by our pals at personal finance website WalletHub:

$19.6 Million: Was spent on cybersecurity and X-ray screening for the PyeongChang Games.

$4,683: Average price of a week-long trip to PyeongChang for the Olympics.

242: Athletes on the U.S. team – a record for any country in the Winter Olympics.

169: Russian athletes received a special exemption to compete after Russia was banned from the 2018 Olympics due to a doping scandal.

In order to help dads balance their dual role as parent and provider, WalletHub’s analysts compared the 50 U.S. states and the District of Columbia across 22 key indicators of friendliness toward working dads. The data set ranges from average length of work day for males to child-care costs to share of men in good or better health.

To view the full report and your state or the District’s rank, please visit:
https://wallethub.com/edu/best-and-worst-states-for-working-dads/13458/

The holiday season is among us and one of the things it is known for is over indulgence like opulent spending, overeating, and coveting earthly possessions.

Some may see signs of the seven deadly sins often this time of year. Personal finance website Wallet Hub released its report on 2016’s Most Sinful Cities.

Here is the breakdown of the most and least sinful cities according to its data:

Most vs. Least Sinful
Wrath

Mobile, Ala., has the highest share of obese adults, 36.1 percent, which is 2.4 times higher than in San Francisco, the city with the lowest at 14.8 percent.

St. Louis has the highest share of adult smokers, 25.5 percent, which is 2.8 times higher than in San Jose, Calif., the city with the lowest at 9.0 percent.

Jackson, Miss., has the highest share of physically inactive residents, 28.8 percent, which is 2.3 times higher than in Denver, the city with the lowest at 12.3 percent.

For the full report and to see where your city ranks, please visit Wallet Hub here.

We’re getting closer and closer to Black Friday. There are dozens of retailers out there offering scales, deals and steals.

This year, holiday spending is expected to reach $656 billion which is up from nearly $631 billion in 2015. So we want to know that the Best Stores are out there for Black Friday Shopping.

One of my fave surveyors, personal finance website WalletHub conductedan in-depth analysis of 2016’s Best Stores for Black Friday by poring over 8,000 deals from 35 of the biggest U.S. retailers’ 2016 Black Friday ad scans.

It identified the stores offering the biggest discounts in various product categories, such as “Appliances,” “Jewelry” and “Toys.” Here are the top 10!

To view the full report and each retailer’s ranking in each product category, please visit:
https://wallethub.com/edu/best-worst-retailers-for-black–friday/8385/

Do you have a young person in your home or community who needs a Summer Job? You’re in luck!

Last month, the Obama administration announced $21 million in grants to 11 communities in its Summer Jobs and Beyond campaign with the purpose to connect disadvantaged young people with jobs this summer and year-round. It stems from the White House’s  Summer Opportunity Project “to increase the number of young Americans participating in evidence-based summer opportunity programs, decrease the percentage of youth experiencing violence over the summer, and—more broadly—make sure that young Americans have the support they need to get their first job,” as a press release about the initiative states.

In addition, there is a new inter-agency project called Summer Impact Hubs which pairs local and state projects and leaders in one of 16 communities with a Federal “Summer Ambassador” who will spend the spring and summer partnering with them to meet their locally-driven goals by leveraging Federal resources, breaking down agency siloes, and building new local, regional, and national partnerships.

If you do not live in one of those hubs, there are other cities nationwide that are great for opportunities for summer jobs. WalletHub analyzed 150 job markets for part time and summer opportunities. The top 20 cities are:
1. Washington, DC.

Not surprisingly, most are in the more populated cities nationwide. Here are how the Best cities compared with the worst.

For the full report and to see where your city ranks, please visit:
https://wallethub.com/edu/best-places-for-summer-jobs/21137/

September is a great month. It is also one of the most popular months for babies to be born in America.
As can be imagined, having a baby is the most expensive in America. My last c-section bill was $11,000 before insurance coverage! Therefore, I am not surprised.

Leading personal finance Website WalletHub did an in-depth analysis and came up with 2015’s Best and Worst States to Have a Baby.

To help expectant parents gauge their baby-planning costs, WalletHub compared the 50 states and the District of Columbia across 21 key metrics.

To see the full report and find out where your specific state ranks, see the entire report HERE and check out an inforgraphic summary below: