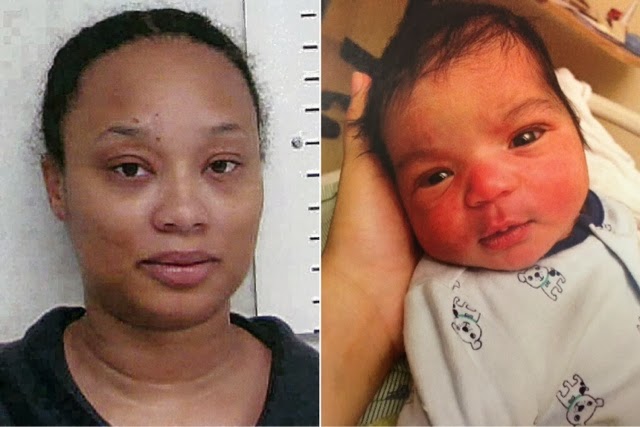 Kristen Smith told friends on Facebook she was pregnant and gave birth this past Wednesday, February 5.

She wasn’t pregnant and didn’t give birth. She wore a prosthetic bump for several months and then stole her half-sister’s one week-old-baby, Kayden Powell.
Kayden’s mom, Brianna Harris called the cops Thursday after waking to discover the baby was missing. Harris, the baby’s dad and Kayden were staying at the home of a great uncle.
Police launched a three-state search that involved Wisconsin, Illinois and Iowa police.
Smith panicked and left the baby, swaddled in blankets, inside of a plastic crate outside a BP Gas station.
Harris’ uncle told Brianna that Smith took the baby but he told AP that Harris didn’t believe him.
Police tracking of Smith’s mobile phone and whereabouts led them to the BP Station where the baby was discovered healthy despite the fact the temperature had dipped below freezing overnight.
Read more at HuffPo
http://m.huffpost.com/us/entry/4751059
By Jeneba Jalloh Ghatt
“Warm Bodies” star Teresa Palmer got Christian married before baby arrived (PHOTOS)
Inside “It Girl Allure” Fashion Blogger Sheila’s Closet (PHOTOS)