So… remember that time back in 2012 when I blogged about how much I love that ABC show The Middle and declared it Must. See. TV!?
The half hour comedy is about an average middle class family in a mid-sized town in middle America, Indiana, with three children: the eldest an under-motivated and cynical teenager, who does well in sports but not in academics Axl (Charlie McDermott), middle, an enthusiastic young teen, but chronically unsuccessful and socially awkward Sue (Eden Sher) and youngest, an intelligent but introverted compulsive reader with behavioral quirks and socialization problems Brick (Atticus Shaffer).
Not only does it pack non-stop humors knee slapping jokes in a short time, but I can always relate to the parenting challenges of the mom, Frances “Frankie” Heck (Patricia Heaton) and dad, Mike Heck (Neil Flynn).
And so, remember again recently earlier this month, when I couldn’t help myself but plug the show again and urge you all to go watch it?
Only this second time, I made the bold declaration that someone ought to syndicate the show so that future families will get to enjoy the episodes in perpetuity because it was that great a show?
Well guess what!?
Someone has!  The Hallmark Channel announced recently that it will begin airing past seasons and episodes of the popular comedy about a working-class Indiana family of five that keeps it real and is so relatable because of the way the writers do not sugar coat reality.
Last week, I got the pleasure of joining some other bloggers and journalists and chatting with two of the stars of the Warner Brothers-distributed show: McDermott and Sher.
During the hour long press call, both actors made apparent their genuine love and appreciation for one another, personally and professionally,  through playful banter and revelations of some behind the scenes nuggets of information like, for example, the roof of the family home is made of cloth and the walls are practically paper thin.
It wasn’t all cutesy jabs while providing insight into their careers and their feelings about the success of the show,. They each, Sher in particular, got serious at times, thereby showing that although they both play teenagers currently, they are very mature, introspective, conscientious and serious actors.

Good stuff.
I think I was the only reporter/blogger to ask a question that had them look at the downside of syndication. I wanted to know if there were any worries about being trapped in the character and being typecast for later roles.
In the past, child actors from successful shows like The Brady Bunch, Differn’t Strokes and other wildly successful hit syndicated shows have struggled to get casting directors who maybe have gotten used to seeing them all the time for decades in one role envision them playing a character that is totally different.
The impetus for the question was a special I had seen on the hit series Breaking Bad and how the show’s creator almost didn’t cast actor Brian Cranston in the role as the dark dying meth-cooking science teacher Walter White. The director and producer had to be convinced that Cranston could  rise to the occasion despite the fact audiences had come to know and love him as the dad in another long-running Emmy-winning comedy about a wacky middle-America family, Malcolm in the Middle.

Both noted that their looks generally in real life are so substantially different than their characters that they felt they’d be able to be convincing when needed and wouldn’t be stymied by any potential typecasting.
McDermott said to be mindful of the fact we live in a different era with so many shows out now than in past decades when television viewing options were fewer and  it was possible for audiences to associate one actor with one role in their minds in perpetuity. That is not the case now with the abundance of viewing options online and on TV.
Excellent point!  I’m convinced.
The first 88 episodes will begin airing on the Hallmark channel  beginning March 2014. I’m excited to rewatch them again.

Additional seasons will join the rotation as they become available. The first-run, off-network comedy is a perfect fit in Hallmark Channel’s line-up of family-friendly programming. The Middle joins ranks with such modern-day classics as The Golden Girls and Frasier which are already tremendous ratings successes for Hallmark Channel.

Get ready to tune in, folks! That is all. 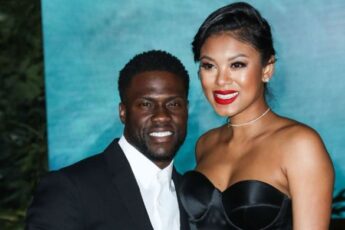