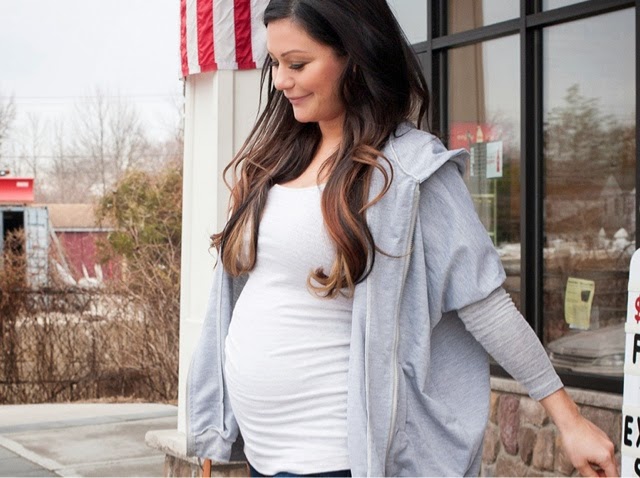 Well right on time! Jenni “JWoww” Farley may have silenced a few of the side barkers alleging she isn’t really pregnant at all.
This weekend, the Jersey Shore alum was photographed coming out of a nail salon wearing a bump hugging maternity tank layered under a grey sweat jacket.
She looked lovely, smiling and emanating some pregnancy glow.
The mom-to-be and her fiancé are expecting their first kid Summer. The Snooki and JWoww cast member of the MTV reality TV spinoff is expecting at the same time as her bestie.
Nicole “Snooki” Polizzi announced this weekend that she too is expecting her second kid with her fiancé Jionni LaValle. The two women said preciously they wanted to be pregnant at the same time.
photo: Starcast
By Jeneba Jalloh Ghatt
New Trend? Twitter employee live tweets her labor and delivery
7 ways to get your children to develop healthy eating habits