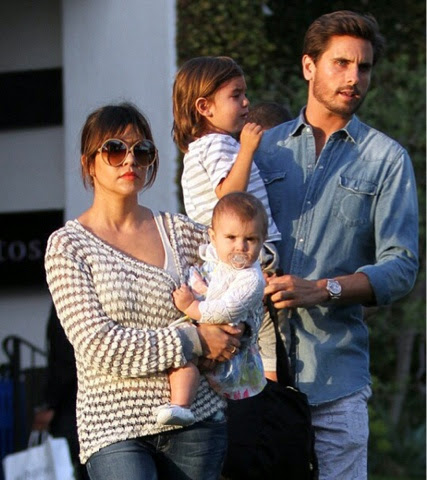 On the premiere episode of the latest season of the E! reality TV show Keeping up with the Kardashians, cast member Kourtney Kardashian confirmed her pregnancy.

During a video montage of the upcoming season towards the end of the episode, Kourtney is shown telling her beau since 2007, Scott Disick that she is expecting their third child. She says it ” was not” planned.
Oops!
The couple are parents to 4-year old Mason Disick and 23-month old Penelope Disick.
Before the episode aired, Kourt’s sister Kim Kardashian teased the episode by telling her millions of fans to tune in for confirmation about the pregnancy.
US Weekly broke the news last week.
Congrats!!
By Jeneba Jalloh Ghatt
Study: Exercise linked to better sleep for pregnant women
Bellyitch to sponsor Miss Ghana USA Pageant contestant