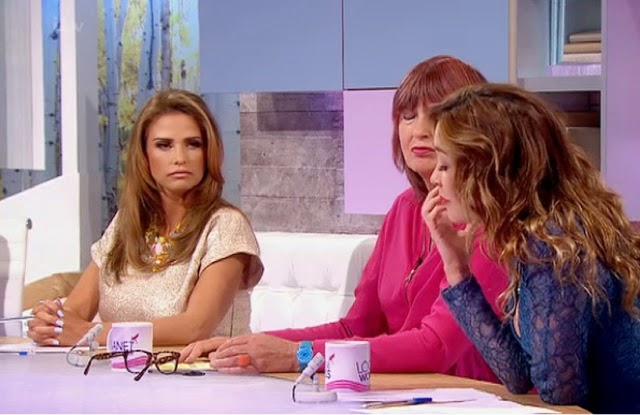 During a recent TV appearance, ex Bellyitch BumpWatch mom & current 5th time mom-to- be UK TV personally Katie Price blames pregnancy weight gain for driving her husband to cheat.
The former model revealed during a June 20 appearance on Britain’s ITV show Loose Women last week that she gained 4 stones (about 50 lbs) in between giving birth to her son Jett with husband  Kieran Hayler last year and getting pregnant with their 2nd child, a daughter shorty after.
Price tweeted on May 7 about the affair he had with her best friend Jane Poutney which lasted 8 months- apparently during the entire pregnancy.
Price already has two other sons Harvey and Junior and a daughter named Princess Tiaamii Crystal Esther Andre. She also said on the show, she feels pressured to give her next daughter a “crazy” name to match Princess’. 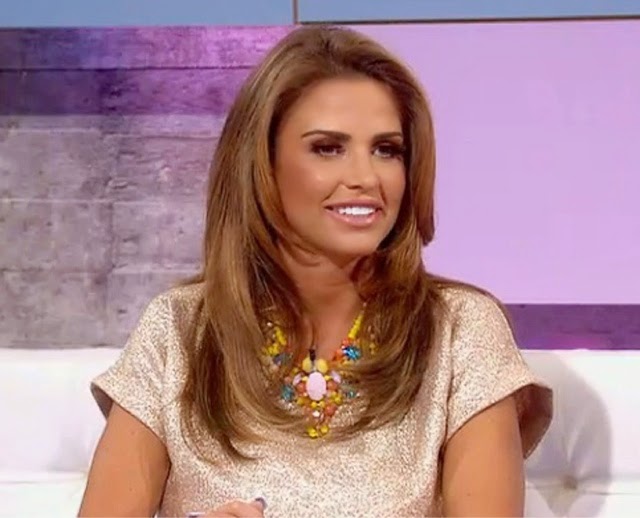 She also said she plans to work out feverishly to shed the baby weight.
Price’s confession on the show speaks to many women’s fears about weight gain during pregnancy where they wrongly blame themselves for their husband’s inability to be faithful while bringing a life into this world they helped create. So unfair and unfortunate.
What do you think?
By Jeneba Jalloh Ghatt
Celebrity pregnancyJane PoutneyKatie PriceKieran HaylerMyleen KlassPrincess Tiaamii Crystal Esther Andre
Eco-Friday: 50 Creative Ways UpCycle old products
8 months pregnant US Olympic athlete runs 800m in 2 minutes