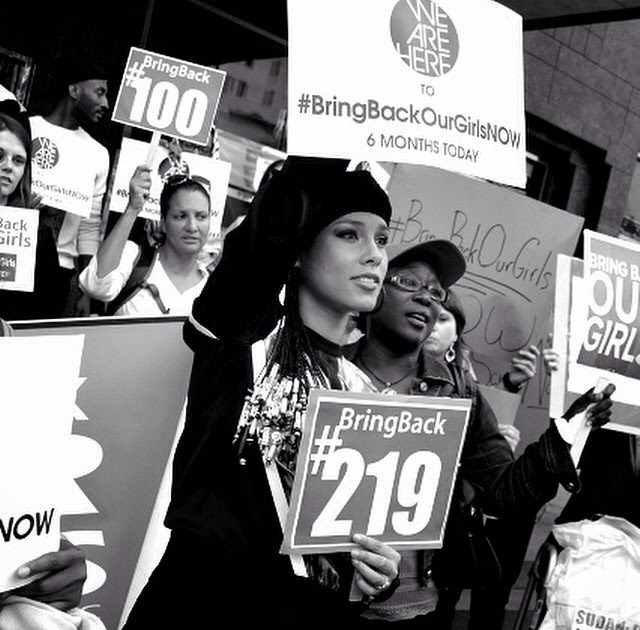 Yesterday was Alicia Keys’ son Egypt’s 4th birthday and she celebrated  by protesting in New York City demanding the return of the 276 youngsters snatched from a Nigerian boarding school by members of militant group Boko Haram.
It has been 6 months since the girls were taken and on the anniversary of their abduction, several celebs and advocates marched holding signs reading, “We Are Here” and “Safe Schools Now!”
They chanted phrases like, “Bring back our girls” and “When do we want them? Now! Now! Alive!”.
Keys producer husband Swizz Beatz joined her at the rally. She spoke during the rally indicating that being a parent made her empathetic to the other parents wanting their children’s return.
“Today is my son’s birthday and it is also making me stand in solidarity with all the mothers of the Chibok girls who have been abducted for six months and are still missing,” she said during the rally. “And it is just outrageous that that’s going on.”
She posted the above photo on her Instagram account of the event.
By Jeneba Jalloh Ghatt
Tech companies pay for their female employees’ egg freezing
What parents SHOULD be doing during ebola panic