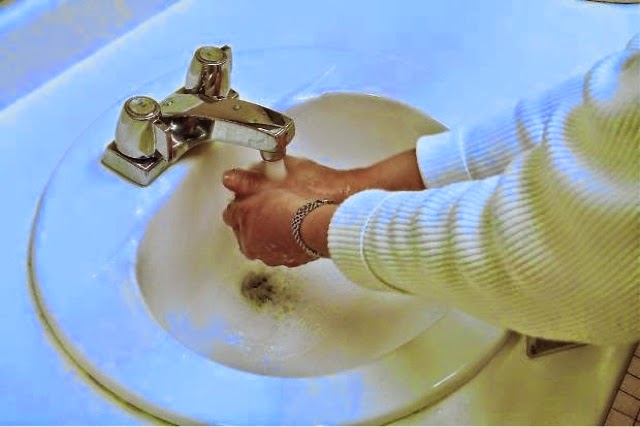 Now that we know two health professionals who treated a man who recently died from  ebola contracted the deadly disease, the outbreak panic is at a fever pitch.
It still is unlikely that there will be a true outbreak in America as there is in West Africa where over 4,000 have died.
Parents in the US should be more concerned with other things to stay hedlthy this winter like the flu!
1)  Get everyone in the household the flu shot that way you won’t panic if someone were to contract the flu and have you start worrying that it’s something more than that. We can anticipate emergency rooms nationwide being flooded with more flu patients from panicked residents. You don’t want to be caught up in that melee.
Every year, about 36,000 people die from the flu each year, according to the CDC. That’s a real statistic.
2) Continue ritual hand washing.
“One of the most important measures for preventing the spread of pathogens is effective hand washing,” the CDC states. “This hygienic behavior has been shown to significantly reduce the incidence of child deaths from diarrhea (the second leading cause of child deaths) by almost half and from pneumonia (the leading cause of child deaths) by one-quarter which together are responsible for approximately 3.5 million child deaths every year.”
Beyond Ebola, with regular hand washing hands with soap, families and communities can help reduce child morbidity rates from diarrheal diseases by almost 50 per cent.”
By Jeneba Jalloh Ghatt
Alicia Keys celebrates son’s birthday protesting to #BringBackOurGirls
#TGIT: Some complain The Limited’s new ‘Scandal’ collection is out of their budget