Ever since celebrity pro surfer Bethany Hamilton Dirks announced  her pregnancy in an adorable video back in February, she has not stopped doing what she does best: shred the best waves!

The champion surfer is famously known for triumphantly recovering from a vicious 2003 shark attack that claimed her left arm. You cannot help but get infected with joy by simply scoping the awesome, fun and spirit-filled photos she shares regularly with her legions of fans and followers in social media.

And just like before, she’s treated her Twitter friends to a series of bump progression pics throughout her pregnancy…and most of them involved her being on a surfboard and riding a wave!

No surprise there given she told Huffington Post after her pregnancy announcement that she planned to surf as long as possible.

“I plan to surf as long as I can,” she said in the YouTube announcement. “Once the belly is pretty big, maybe I’ll mellow it out and spend more time swimming and enjoying the ocean.”

Add Hamilton to the long list of pregnant athletes who don’t let anything like incubating a baby get in the way of a sport and love right through the end of their respective pregnancies…like the weight lifter, the trapeze artist,  the air rifle Olympian, the ballerina, the marathon runner and others.

And when baby arrives,  Hamilton says she is prepared for the challenge!

“I often forget that I have one arm,” she said, “but when I think about it — a squirming baby and changing the diaper and just me and this squirming baby — it could be really challenging. I think that, how I live life now, I adjust and adapt to different things … I think there’s going to be things that will be very challenging with one arm, but I’ll just have to find my own way to take care of the baby … I’ll have to figure it out and be creative.”

On her due date next month, the beautiful Hamilton and her gorgeous surfer husband Adam are expecting the arrival of baby boy, their first, since marrying in 2013. 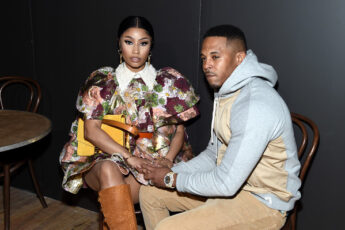