Model, Resident Evil  actress and mom to two, Milla Jovovich captured my heart when she said in a recent interview that she is inspired by mothers in the developing world and strives to mimic their simple, traditional and instinctive mothering styles.
Much of the things families in agrarian and other “Third World” do is guided by convenience and resourcefulness.
Jovovic explains how they motivate her:

I’ve always been inspired by mothers in Third World countries. I feel that the connection with children and mothers is so strong in places where there are not so many “things” to get in the way. No electronic distraction devices, no high tech baby equipment, just a mother carrying her little one everywhere, sharing a family bed and having the help of all the other women around to raise the baby.

I always thought that the Western way of raising kids was so disconnected. Everyone has their cubicle at home, babies go into nurseries, little kids have their own rooms. You are so separated from one another! We have been co-sleeping for years with our daughter and I feel that it’s helped us so much to stay connected as a family.

Especially as my husband and I can have such tough work schedules making films, where we’re on set for at least 12 and sometimes 14 hours a day! Because we share sleep at night, our daughter naturally feels very connected to us and that in turn makes her want to please us! She trusts us and listens to what we say. There is an innate sense of respect between us all that I feel can be lacking with some of the other parents and children I see in our society. I feel that some problems that parents say are “typical” i.e. arguing, defiance, tantrums, interrupting, disrespect, disobedience, screaming etc. we just haven’t had to deal with in any serious way!

Of course I’m very hands on with following through on consequences when my daughter is misbehaving, but I think that because she feels totally accepted and included in our world, she does’t want to let us down and I know that even though we disagree on things sometimes, like rules, it has made discipline so much easier for us. ESPECIALLY when I feel like I’ve made a mistake as a parent, making up for it is so much simpler when you share all that extra cuddle time in the evening and mornings together!

Read the rest of the interview at Romy & The Bunnies. 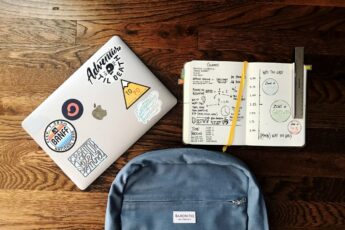