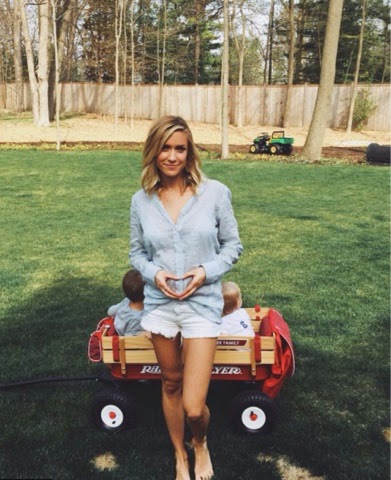 Kristin Cavallari, host of E!’s The Fabulist, announced today that she is expecting her third child.
“We’re at it again! Thrilled to announce baby number 3 is on the way! The Cutler crew keeps on growin’!” she wrote alongside a photo of her making a heart over her belly.
The former reality star of MTV‘s Laguna Beach and The Hills and her husband, Chicago Bears quarterback Jay Cutler, are parents to sons 1-year old  Jaxon Wyatt and 2-year old Camden Jack.
Congrats!
By Jeneba Jalloh Ghatt
Celebrity pregnancycelebrity pregnancy announcementjay CutlerKristin Cavallari
Happy Mother’s Day from Bellyitch
Fashion Confession: I’m a fan girl of Arm Candy