Tonight, we congratulate the “Ultimate Soccer Mom” Christie Rampone  on winning and becoming the 2015 Women’s World Cup Champion along with members of Team USA. We also salute the 16 year team vet on her final World Cup appearance.

Rampone, who recently turned 40-years old, is the last remaining Team USA member from the 1999 team which was the last US team to win the World Cup.  She just wrapped her 5th World Cup appearance.

Rampone is also a three-time gold medalist, having won championship titles at the 2004 Athens Olympics, 2008 Beijing Olympics and 2012 London Olympics. She has finished no lower than third place in each of the World Cup or Olympic tournaments in which she has competed.

Although Rampone didn’t get a chance to play as much this tournament, she still represented moms well as she is one of a few mothers on the team. When she played against Nigeria earlier in the tournament, Rampone became the oldest woman to ever play in a World Cup.

Now, the married mom of two plans to retire and turn her focus solely on her daughters 9-year-old Riley and 5-year-old Reece and whatever sport they will pursue.

“They’ve spent a lot of their lives watching mom and traveling with mom because of what mom loves to do, so I want to be there to support them,” Rampone told ABC news “So when, you know, they start playing their games , like I want to be there for that.”

Nice. She was profiled last month by ABC News in this quick segment during Good Morning America. 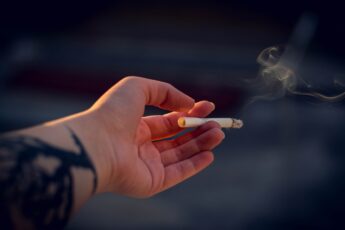