This week, many in America on the East Coast are scrambling about for a chance to see or touch the Pope Francis during the pontif’s first official visit to the United States as the head of the Catholic Church

And now Reuters is reporting that a family in Phoenix, Arizona believes the Pope cured their ill baby with multiple health problems.

“The Pope healed our baby’s heart,” Lynn Cassidy told the service, explaining how her then 3-month old daughter, Ave, got better right after meeting the Pope.
She called the incident “as close to a miracle as we’ll ever see, I’m sure.”

Ave has Down syndrome and was born with eye problems, hearing complications and two holes in her heart.

During an Easter of 2014 family trip to Rome to see Francis in person during the canonization of John Paul II and John XXIII, they got in a rope line for a chance to meet him.

“It was raining,” Cassidy said,  she tells USA Today. “We were told that if we stood on a barricade in St. Peter’s Square, the metal fences in front, the Pope would  come by in his ‘Pope’-mobile.”
They waited long before the motorcade turned into union square and Ave’s  dad held her up in the air, reports say.
“It was like the Lion King,” Cassidy said of the encounter. “The secret service person, Johnny, stopped and took her from Scott and held her up to the Pope. The Pope asked my husband, ‘How old is she?
What’s her name?’ He told [the Pope] she has two holes in her heart. When we got home in May, we went back to the cardiologist for a check-up. One of the holes was completely closed and one was half the size.”

The family has a photo of the moment in their living room.

“I mean it’s possible that it closes just over time,” she said. “But when you see the picture that the professional photographer took, his hand is here and he’s a servant of God.”

After two eye surgeries, Ave now has two hearing aids, but her heart is healthy. 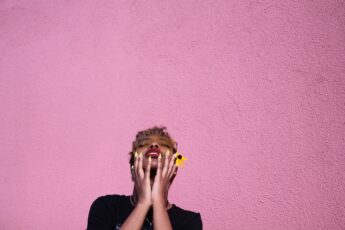