Tonight is the  the 16th Latin GRAMMY Awards at the MGM Grand Garden Arena on November 19, 2015 in Las Vegas, Nevada, and our Bellyitch Bumpwatch alum Roselyn Sanchez co-hosted the biggest night for Latin artists.

Before the show we spotted another Bellyitch alum Zoe Saldana looking back to her super svelte self in a cute pencil skirt length black dress.

Sanchez did an illuminating color, white, the night before attending the 2015 Latin Grammy Person of the Year Honoring Roberto Carlos in Las Vegas yesterday. Nice!

Jada Pinkett-Smith, one of our posh mom style icon recipients, went with embroidered overlay white dress with the bodice shear and strategically placed over her breasts. She was alongside her husband Will Smith who was set to perform with Bomba Estero during the ceremony. 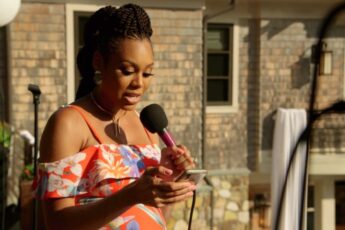